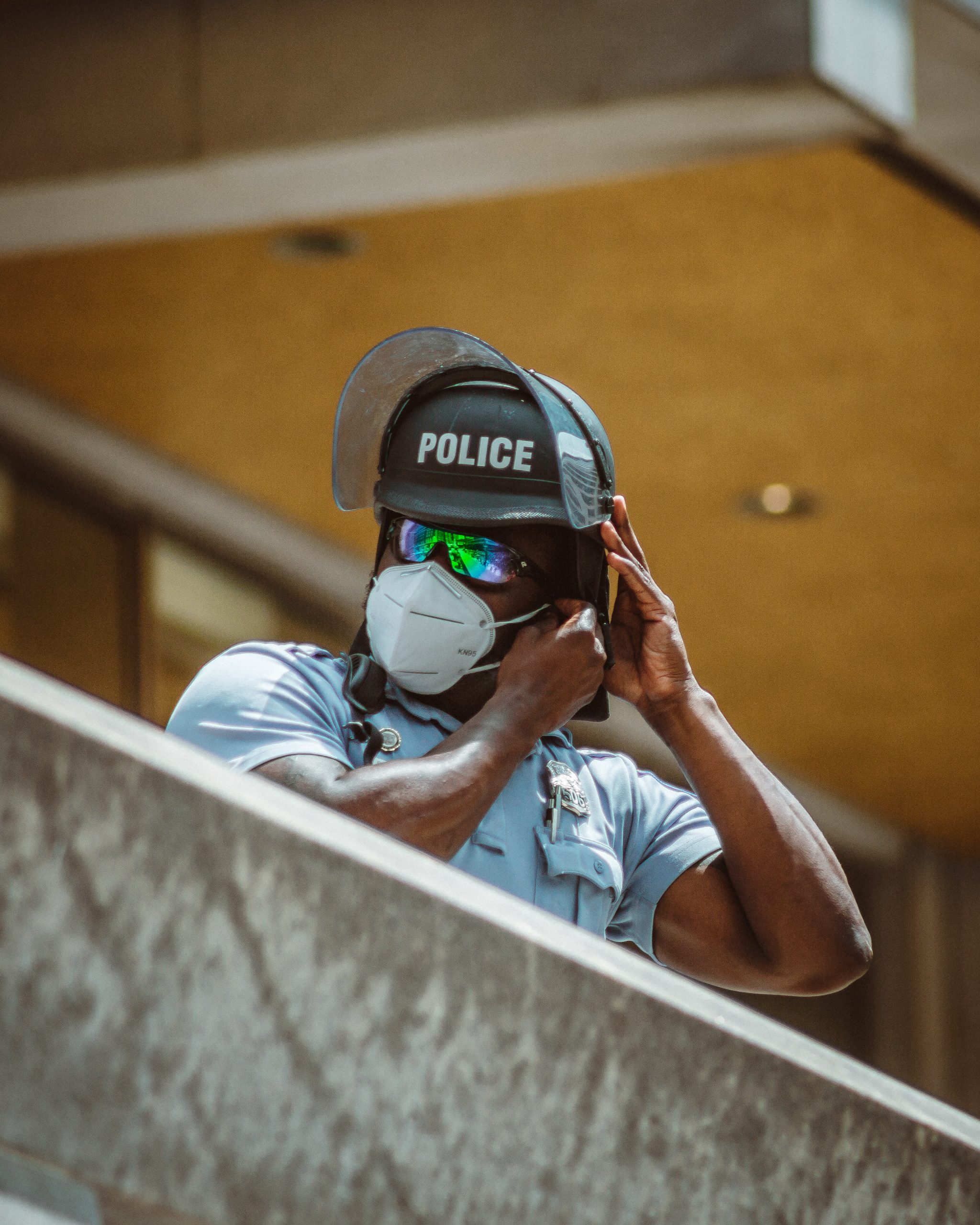 In today’s climate of civil unrest against police brutality, black police officers exist in the middle of two worlds. We often hear from the side of the police and the side of protestors but we don’t often get to hear from the people “ Wearing dual hat’s” as Malika Rahman the facilitator and co-organizer of the event Being Black Wearing Blue stated.

On Thursday, October 15th, 2020, CCP hosted a community panel Being Black Wearing Blue that discussed the experiences of Blacks in the criminal justice field.

Rahman, who entered the criminal justice field as a corrections officer, eventually moving on to be Deputy Sheriff in Philadelphia went this route to show other black and brown children that they can hold positions of that nature. To break the ice Rahman first asks panelists “What does Being Black and Wearing Blue Mean to you?”

Major Kristal Turner-Childs of the PA State police sets the tone of the event with her answer of “Being Black while Wearing Blue is all about responsibility. Understanding the historical dynamic of how policing evolved in this country and then choosing to be a part of this profession, comes with it a huge responsibility.” She goes on to say that she became a police officer in order to “effect change”.

Many people who are active in the conversation of police brutality against Black Americans often point out that historically the American police system has been one that is inherently racists. According to the panelists, this is something that many of them believe to be true and persistent. Though they have come very far, there is still a very long way to go.

Police Commissioner Dr. Branville Bard of the Cambridge Police Department adds that “We should accept it as fact that racism permeates every American institution and certainly law enforcement.” Bard says that he uses his position as police commissioner to hold trainings in his predominantly white municipality that teaches officers the community impact and trauma experienced by the police’s racist history.

For many of the panelists being at the intersection of Black and a police officer is an opportunity to have a seat at the proverbial table that is law enforcement.

For Gary Tuggle a retired DEA officer, it gave him the opportunity for “peer accountability”. He argues that this is a really important factor. Many who over the summer witnessed the death of George Floyd would most likely have agreed. Systemic racism allowed for Derek Chauvin to murder George Floyd but the lack of peer accountability also allowed for this. None of the other 3 officers present attempted to stop Chauvin from his actions, even though one of the officers was a minority man.

One of the main demands of the George Floyd protests is a call for defunding the police. Rahman believes that “Defunding the police ultimately should mean reallocating the funds to proper resources to help the police.” She adds that we have to set standards for what we expect the police to do and get anything outside of that from the other resources in our community.

As we are now some months away from the initial protests of the summer things have seemed to come back to a point of “normalcy”. There are no longer massive crowds in the streets crying for change and most people’s social media feeds have returned to food posts and selfies. But there is still work to be done.

Rahman says ”it’s very easy to get caught up in the emotional response of things, but we need to really come together and figure out what the issues are.”  She is also in the process of planning another event in this series that will take place sometime early next semester.

Talking to members of the community and coming up with solutions and plans for a better future is what events like these allow us to do, so keep an eye out for the next one.