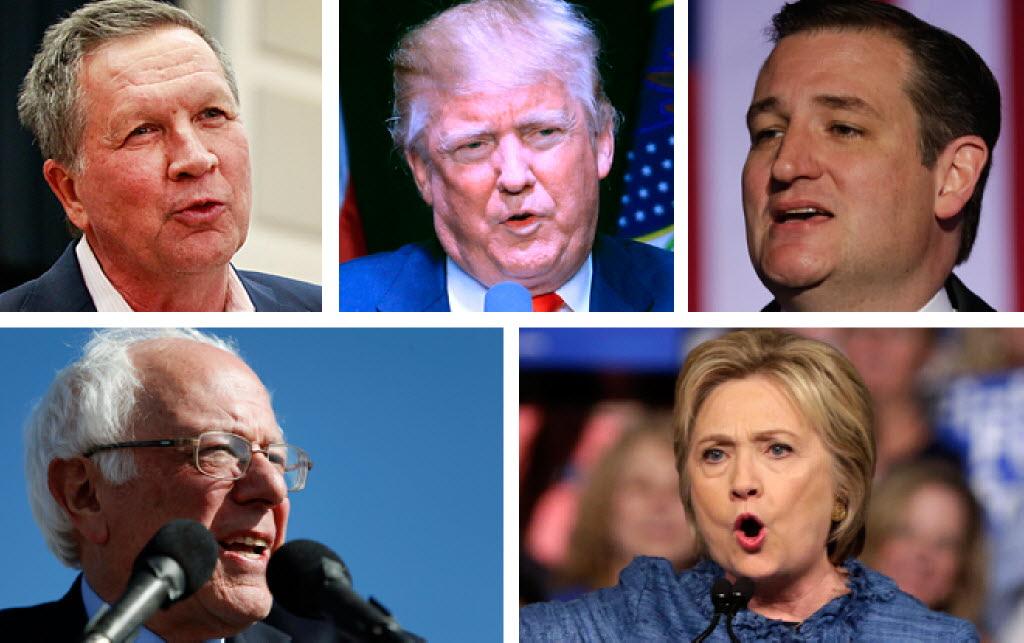 Coming soon to a democratic republic near you – the Presidential election of the United States of America. And this election season has delivered perhaps some of the most highly entertaining moments in the political history of the United States of America. If one examines the four remaining candidates for the election (sorry Kasich is mathematically eliminated unless some crazy shenanigans get pulled at the Republican National Convention), all of America is left asking: is this the best we could do?

The breakout star of this production is undoubtedly Donald Trump. However, taking the silver medal and making everyone “feel the Bern” has to be Bernie Sanders. The Senator of Vermont has taken our democratic capitalist society by storm by pushing his brand of democratic socialism. [Spoiler Alert: lots of Americans want the government to give them stuff.] Of course, last and indubitably least, Hillary Clinton. Hillary is a presidential candidate veteran in 2016. In fact, she is sort of like the Leonardo Dicaprio of the presidential candidates except instead of everyone wanting her to win, she has a large vocal group of detractors.

So in going against the tradition of the media in this country for the past year or so, I am going to do what no other media outlet has done: talk about Donald Trump. That is right Community College of Philadelphia, Trump is coming!

Of all the candidates, Trump, with a high unfavorable rating himself, is undoubtedly the most polarizing. You would be hard pressed to walk down a city block and at the mere mention of his name, generate a type of over-the-top reaction. He is either the savior or the anti-Christ. There is literally no in between. This is sound strategy because as we all know, extreme opinions always work out great.

The initial intent of this article was to mock Trump and his candidacy. In an unscientific poll conducted at the Community College of Philadelphia of a sample size of 103 people, roughly 87% were against Trump as president and had negative things to say. Given the media coverage, this ratio does not seem like it is all that shocking.

However, this is where it gets interesting.

Anyone can say they do not like a candidate or that a particular candidate is evil, bad, or any other negative connotation. It does not take much intellect to make such a comment. When further pressed, however, there seemed to be an implosion.

The most common refrain heard was: Trump is racist. At this point, this unsubstantiated claim is getting boring and tiresome. So I decided to dig a bit deeper. I asked specifically, what makes Trump a racist.

This is where the fun began.

The amount of misinformation and misquotes and made up quotes and either outright lies or ignorance was astonishing. When interviewing an African-American student who would only identify himself as Rob, Rob said that Trump was racist because he said, “he wanted to make America white again”.

Ladies and gentleman, as much as anyone wants to dislike Trump, this quote is without a doubt incorrect. Through hours of research of attempting to find this quote, there has been nothing of the sort said by Donald Trump. The only indication of something like this was a photoshopped meme circulating on social media where a Caucasian woman is wearing a t-shirt that says “Make America Great Again” that was changed to “Make America White Again”.

Additionally, when asking a Caucasian woman the simple question “Is there a specific policy you really do not like,” her reply was, “Multiple. First of all, Donald Trump, he does not have a lot of sound policies in the first place. Second, he is just angry.”

If you have trouble figuring out what that means or how that answers the question, fret not because you are not alone.

Another student, Diego, when asked what he did not like about Trump, replied, “Trump is unfair to all the Mexicans”. When I asked, what policies specifically, Diego elaborated with, “a whole lot. There are so many I cannot even name.” I asked him to name just one and he said “I am not sure.”

One student who wished to not be identified said she did not like Trump because he hates all Mexicans and thinks they are rapists. When I showed her the YouTube video of the speech she was referring to that refuted her claim and specified that Trump said “illegal immigrants coming in from Mexico” her retort was, “oh that’s still racist.

Furthermore, a female student named Kelly said that she did not like Trump because he was a sexist because Trump said women who have abortions should be punished. I asked Kelly where she heard this from and her reply was “a status off of Moby’s Facebook page”. In case you are unaware of this particular incident Trump actually answered a hypothetical question and said if abortion became outlawed, breaking this law should carry some kind of punishment – as happens when any law is violated whether it is a fine for a parking ticket or sent to prison for murder.

These inconsistencies continued when polling Community College of Philadelphia students.

As aforementioned, roughly 87% of those polled were against Trump and his policies – when his name was mentioned with them. When reading the policies stated directly off of Donald Trump’s webpage without identifying who they were said by and asking merely if they would vote for a candidate who said such policies, roughly 51% said they would.

It is abundantly clear that people are very uneducated on the topics and facts. In an era when social media is the news source for most people, truth and facts have become the sacrificial lamb when forming political opinions. What does this mean going forward with political ideas and political elections is uncertain except it does not seem people are generally interested in facts but more so in simply following the latest trend in social media commentary and criticism.

When it comes to voting, it is not just enough to go out and vote. It is important to educate yourself with the truth and facts about each candidate. Do some research on your own and find out the information to separate truth from fiction. And locate this information on some platform that does not contain the latest Kim Kardashian nude selfie.

3 thoughts on “Students Dislike Trump Yet Have No Idea Why”