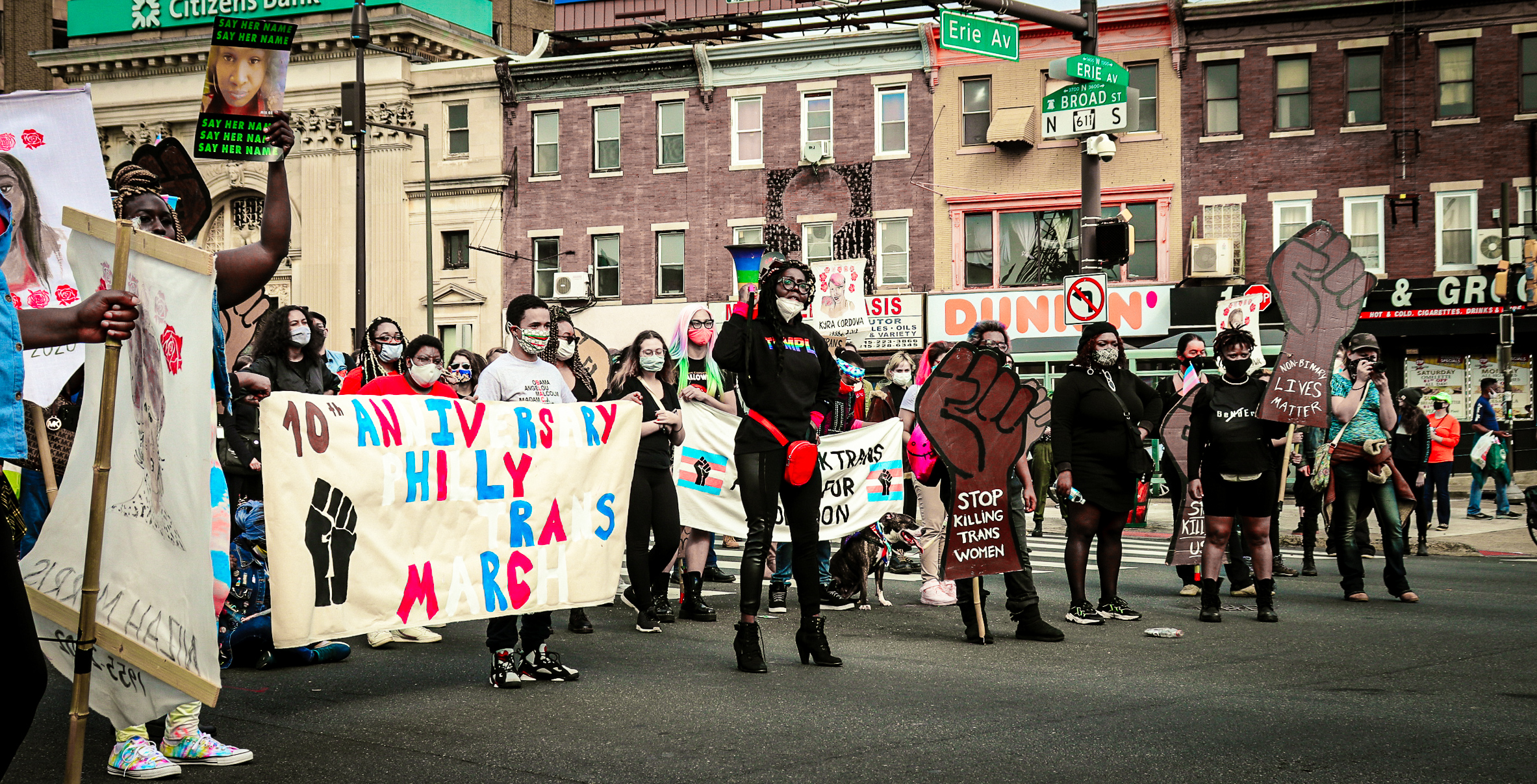 The 10th annual Philly Trans March on October 10 provided a timely reminder of the changes still necessary for the safety and liberation of trans people in the city.

About 200-300 people gathered in Hunting Park to march across North Philadelphia, which activist Kendall Stephens estimates to be a 50% increase in turnout compared to previous years. The increased turnout was due in part to grief and outrage within the community following the recent murders of Mia Green and Dominique “Rem’mie” Fells. According to organizers, the march was held in North Philadelphia and specifically Hunting Park to both commemorate the women lost and normalize the call for trans liberation in North Philadelphia.

“This is where many trans people work, play, and live, but we also see the most mistreatment and transphobic violence in the community,” Stephens said. “We started on Old York Road where many of our trans sisters engage in survival sex work and are often beaten, robbed, and killed while trying to have their basic needs met.”

Organizers’ demands addressed this violence as well as other challenges that trans people, especially black trans women face, such as housing and employment discrimination and barriers to necessary healthcare.

For organizers such as activist Mikah Thomas, challenging heteronormative and discriminatory practices is essential to preventing transphobic violence and severe mental health challenges for trans people.

“It’s not about filing charges; it’s about making sure it doesn’t happen again,” he said. “We see what Marsha P. Johnson did for us, what Sylvia did, what Gloria did. We see that there is a history of trans people fighting to secure these rights.”

Continuing that history and calling for accountability and solidarity from other members of the LGBTQ, black, and North Philadelphia communities was a common theme for local activists who spoke throughout the march. Most speakers emphasized the need for unity in emotionally and financially supporting trans people and fighting for substantial legal and infrastructural changes.

However, many members of the trans community are still hesitant to trust reform-based change due to ongoing systemic oppression. Some marchers protested the last-minute inclusion of Philadelphia District Attorney Larry Krasner as a speaker, chanting, “We protect us,” and “f— the police,” until he gave up the microphone.

“We are naturally distrustful, for good reason, of power structures in government that put the community at profound risk, so I understand why the community was less than agreeable to Larry Krasner’s appearance,” said Stephens. “However, change has to start somewhere, and when olive branches are extended to us, it’s counterintuitive for us to swat it away and not at least hear out how these structures could potentially help our community for the better.”

This intersection of cooperation with the DA’s office and protesters calling out when officials like Krasner are still not doing enough is seen by activists like Thomas as essential to meaningful progress. Shortly following the march, he said the DA’s office became more cooperative with his proposal to run a forum focused on better centering trans people in the legal and political sphere.

“If we had been transparent and listened to him, we might have been able to heal, and his white self showing up shows that the DA does want to do something,” he said. “But it took Larry Krasner getting booed off the stage to get his assistant to send an email about the red table talk that I’ve been asking them for this summer.”

Drawing attention to when trans voices need to be better amplified and prioritized even in progressive spheres is exactly what most marchers advocated for, as complacency and silence present their own dangers.

“Inaction on part of the suffering of the trans community is tantamount to complicity in our suffering,” said Stephens. “The march was us reclaiming and cementing our power and letting the world know that we will not be silenced. That our voice matters, our lives matter, our plight matters.” 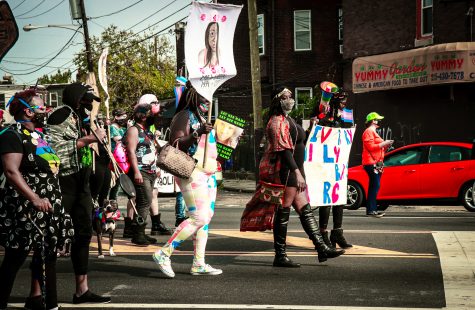 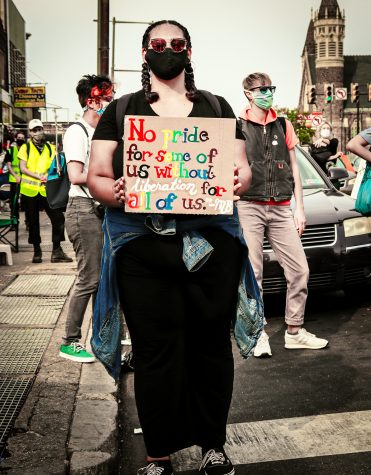 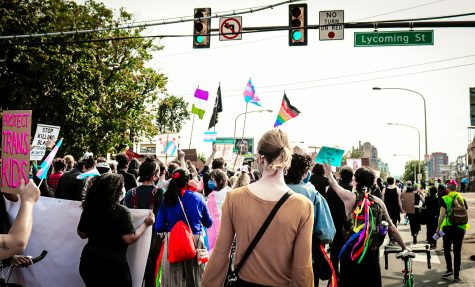