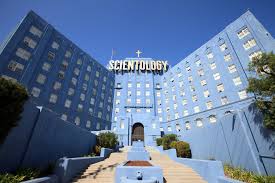 Imagine waking up tomorrow learning your religion was banished from your country. Would you push your faith underground and cover it in secrecy? Would you fight for it risking your life in the name of your beliefs, or would you flee from your home to a place where you could practice your religion freely? Some of America’s most rich and famous are members of a religion going through this exact scenario right now: Scientology. And the wars for their religious freedoms are being fought in court.

Currently, the Church of Scientology is engaged in a lawsuit in Brussels, Belgium, where it houses its European headquarters. It is facing charges of extortion, fraud, running a criminal organization, violating privacy laws, and practicing illegal medicine, following an 18-year investigation. If the trial results in a conviction, Belgium is seeking to kick out the religion from its country. This would be an extreme action taken on behalf of the Belgian government. With as much financial wealth and power as the Church of Scientology has, it is probable that the Church would survive this banishment, and could legally do so in that country by simply continuing to operate under a different name.

Though most people have heard of scientology, many seem to care less about how it works. I asked a few dozen students and faculty around campus about it. The majority of people who could offer any information could only name a certain “couch-jumping” actor (Tom Cruise) as being a member. Some offered me quotes from a South Park episode making fun of their beliefs. Not one person that I asked knew that there is a Church of Scientology a mere 15 minute walk from our main campus, located on 1315 Race St. It’s one of 11,000 churches worldwide.

In an effort to obtain information directly from the source, I reached out to that Church specifically. I called identifying myself as a writer for The Vanguard and the woman that answered immediately hung up on me.

Not ready to throw in the towel, I waited an hour and called back.

I was placed on hold for a moment, and then another woman separate from the original came on the line and referred me to the official website for more information. I informed her that I had already researched the website and wanted to be sure I had obtained a good grasp on the practices. Again, she referred me to the website saying it is “too vast to explain on the phone.”

Feeling rushed off of the call, I asked her if there was a large following of Scientology in Philadelphia. She stated that it is “quite large” and that she had two gentlemen waiting for a lesson as we spoke, so she had to go.

When I asked her what her name was she replied, “we don’t give out any parishioner information here and I’m a volunteer.”

She then hung up on me.

I was unable to obtain any comment in regards to the mission statement of Scientology, its practices, or any of the legal issues, past or current.

So what is the deal with Scientology? Is it a misunderstood faith or is it an enterprise raptured in illegalities? While you won’t find much transparency on its official website at scientology.org, you will see some basic tenets of this religion; such as, man is an immortal spiritual being. Your experience extends beyond a single lifetime and your capabilities, even those not yet realized, are unlimited. Man is basically good and must depend on himself, his fellows and his attainment of the brotherhood with the universe in order to “survive.”

The Church of Scientology has also lost its tax-exempt status in various countries all over the world, as it is becoming seen as a for-profit enterprise. Its members need to pay for lessons and learning materials in order to advance through the various levels in the teachings. As a member moves up through the levels they begin to learn some of the closely guarded secrets of the universe. For example, the story of Xenu, who brought his people to Earth in a spaceship 75 billion years ago, set them around volcanoes and then killed them with hydrogen bombs. The spirits of his people are said to be inside of us causing us spiritual harm.

Throughout their time in the Church of Scientology, they can easily spend hundreds of thousands of dollars to move up in the teachings. With this process taking decades, and with massive financial investment, by the time someone learns of stories that seem absurd to the rest of us, they’re already completely invested.

The religion has also been likened to a cult, with allegations of brainwashing, using over-working and sleep deprivation, and disconnecting members from their families. The organization also requires members to sign a billion-year contract, and encourages members to police themselves by submitting “knowledge reports” tattling about other member’s behavior and activity, to which the accused member needs to respond to such accusations in regular audits that are held with church officials.

16 thoughts on “Scientology: The Secrets They Don’t Want You to Know”