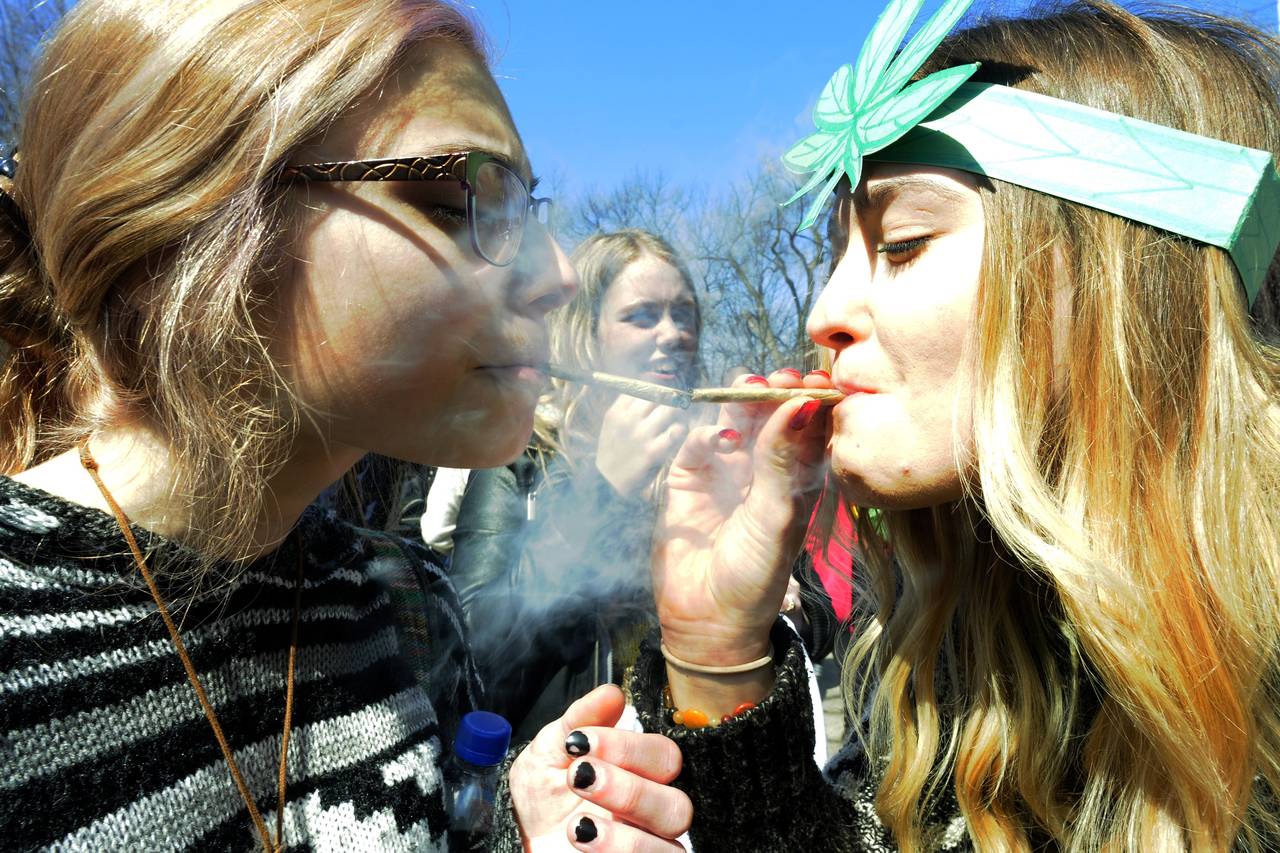 When the city of Philadelphia decriminalized possession of marijuana, limiting it to a civil offense about a year ago, it was called a major victory for vocal proponents of both marijuana use and opponents of the War on Drugs.

Now, a year after decriminalization, marijuana-related arrests are down and, according to some city officials who supported it originally, the city is benefitting. But how do CCP students and local officials feel about the recent change in Philadelphia’s law and order?

“Not for it,” says CCP student Lyvette Byrd. “I don’t see how it benefits the city as a whole regarding its overall health.”

Byrd, adamant in her beliefs, is in in the minority opinion on the legalization. In a recent non-scientific poll conducted at Community College of Philadelphia, 91% of the student population favors legalization and were abundant supporters of the decriminalization.

“It should be legalized! What’s the big deal?” said one student who asked to not be identified. “It’s just another way for the government to get money off the people. It does no harm.”
The champions for legalization of marijuana have engaged in a superb publicity campaign convincing Americans that prisons are brimming with “petty, nonviolent” drug users and that an excessive amount of tax money is spent arresting people for marijuana use.

The vocal majority have cited this as irrefutable truth. Pennsylvania State Senator Daylin Leach (D-Bucks), a main proponent of legalizing marijuana, proclaimed, “According to the Office of National Drug Control Policy, 24,685 marijuana arrests were made in Pennsylvania in 2006 at a cost of $325.36 million to taxpayers.” These statistics are from a report in the Bulletin of Cannabis Reform Leach’s legislative director, Jonathan Tew, who said the method was the ONDCP’s.

However, according to the communications director of the Office of National Drug Control Policy (ONDCP) Rafael Lemaitre, the office does not retain arrest statistics. “ONDCP does not maintain state by state arrest data nor do we employ that methodology to determine any impact on Pennsylvania,” said Lemaitre. The truth seems to differ greatly from the narrative.

District Attorney Francis J. Schultz (from Crawford County, Pennsylvania) was skeptical of Gettman’s figures when asked about them.

“I do not believe that a year’s worth of marijuana arrests could possibly cost the Commonwealth $325.36 million,” Schultz said. “The method used to come up with the numbers does not accurately reflect the costs associated with marijuana arrests.”
According to the Pennsylvania Department of Corrections, less than 300 people are sentenced to prison for marijuana each year in Pennsylvania. Susan Bensinger, deputy press secretary, provided the subsequent information: “There are about 256 sentences to DOC each year for marijuana. Only 5 of these 256 marijuana sentences to DOC are for possession of ‘small amounts of marijuana.’ Currently, there are 13 inmates in DOC population whose controlling offense is ‘possession of small amounts of marijuana.’ Most (if not all) of these cases have other offenses (particularly DUI) in addition to the marijuana possession offense too.”

To further elaborate, Schultz said, “Many people charged with the possession of marijuana do not spend one day in jail…Many are given probation or have their cases disposed of through Accelerated Rehabilitative Disposition. Therefore using the $2.80 billion in corrections as part of the formula provides for a highly inaccurate general estimate of costs.”

In 2008, according to the United States Sentencing Commission (USSC), 25,337 people were sent to prison in federal court for drug crimes under six offense categories. Marijuana was responsible for 6,337 (25%). Of the 6,337 people sentenced, only 99 people or 1.6%, were sentenced for “simple possession” of marijuana.

Those opposed to marijuana believe it goes further than just the use of the actual drug. It leads to an abhorrent subculture of sorts and negative ramifications.

“Students are smoking it in the bathrooms and creating a mess leaving leaves all over. It’s disrespectful” says Earl Weekes, president of the school chapter of Phi Theta Kappa. “CCP is a place to earn a higher education. It’s not the place to get high at while getting educated.”

Given the everyday celebrated culture in our country regarding marijuana, and especially among those in the college student age demographic, marijuana legalization is a poignant topic. Among millennials, public opinion seems to favor the legalization of this narcotic.

Is this narrative contributing to public opinion? Many say yes. However, despite the fact that the information is easily accessible, it is disturbing that the marijuana advocates’ data is unquestioned and cited as fact. If our society wants to move forward with marijuana reform, proponents and opponents should be able to share all facts, from both sides.