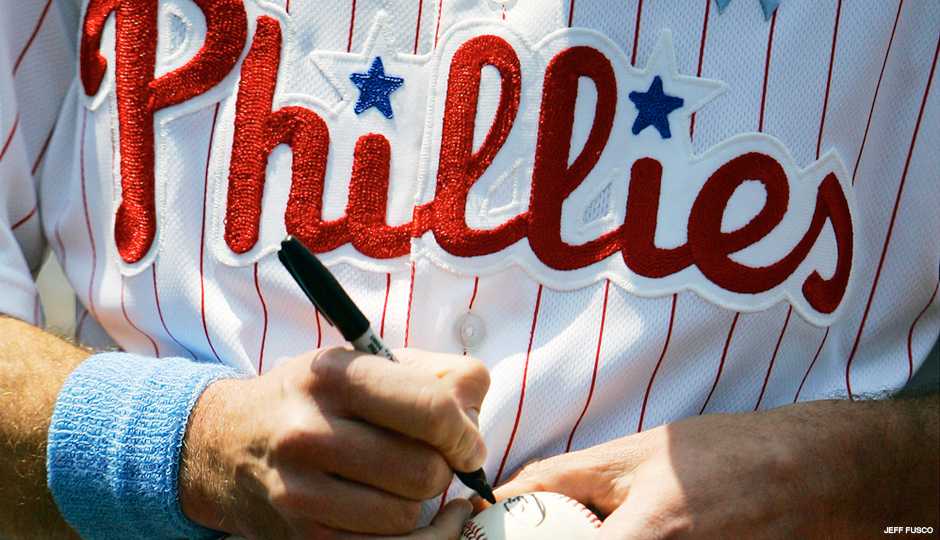 There’s no easy way to say it: The Philadelphia Phillies suck. Flat out.
But given how we got to this moment, know this: There is a light coming soon.

In 2008, the Phillies won the World Series, and with that win many thought that it was the first of many more in just a few years. With such core players like Ryan Howard, Chase Utley, Jimmy Rollins, Carlos Ruiz, Jayson Werth, Shane Victorino, and Cole Hamels, the Phillies were designed and set up to win big for a multiple of years to come. Although some role players left, like Pat Burrell before the 2009 season, the Phillies still had its core locked and intact.

The Phillies then added great players such like Raul Ibanez, frontline starting pitcher Cliff Lee, and legendary starting pitcher Pedro Martinez for the 2009 season, which was almost enough, again, as the Phillies lost in the World Series to the New York Yankees.

In 2010, the Phillies swapped aces in the means of traded Cliff Lee to the Settle Mariners but then trading three prospects for arguably the best pitcher of the past decade Roy “Doc” Holliday which he threw a perfect game in the season and a no-hitter in the post season. The Phillies also picked up Roy Owsalt in a trade and packed their starting rotation for the playoffs. The Phillies lost in the Championship Series.

In 2011 Jason Werth walked in free agency but the Phillies signed and added again Cliff Lee which with Lee the Phillies formed maybe the greatest starting pitching rotation in all of baseball. The Phillies that season wouldn’t know it then but the 2011 season became the franchise crashing season for the Phillies. Yes with 102 the Phillies were dominant but in the playoffs that was not the case and one big injury to first basemen Ryan Howard changed everything.

The Phillies, who were once at the top with 102 wins in a season fell in 2011, to just 81 wins, thanks to big injuries to core players like Rollins, Utley, Halladay, Ruiz, and Howard. Hunter Pence tried his best to move the team by myself before being traded again, the injuries just was too big to overcome. All in all, the 2011 season was the first of many following seasons that showed that the Phillies needed a rebuild — but the front office thought otherwise.

The Phillies have only won 227 in those three seasons and in the mist of it all, a managerial switch occurred. So, now we come to the 2015 season where the change has come that so many fans wanted.

The core of the staff is nearly all gone via trade, retirements, and firings. So, while it still may not look like much, make no mistake: the new and improved Philadelphia Phillies are almost here.

At the helm is Andy MacPhail the new Phillies president who is looking to rebuild the Phillies back to its winning ways just as he did before for other clubs in his career, but he has his work cut out for him.

During the course of the season, Ryne Sandberg sure did not act like the “rhino” he was often called, when he quit the manager position.

Pete Mackanin stepped in the interim manager before being appointed to lead the team in 2016. MacPhail now has to turn back to his “To Do List” for the next task of filling the GM position for the present and future. Before being fired, Ruben Amaro Jr. finally traded star ace Hamels for young talent.

With Amaro out, MacPhail must pick the person that will handle the GM position much better than Amaro did. With that task ahead, MacPhail has his mission and with the rise of some great young talent coming up to the majors leagues the Phillies finally look to be headed to the light after many years in the dark.