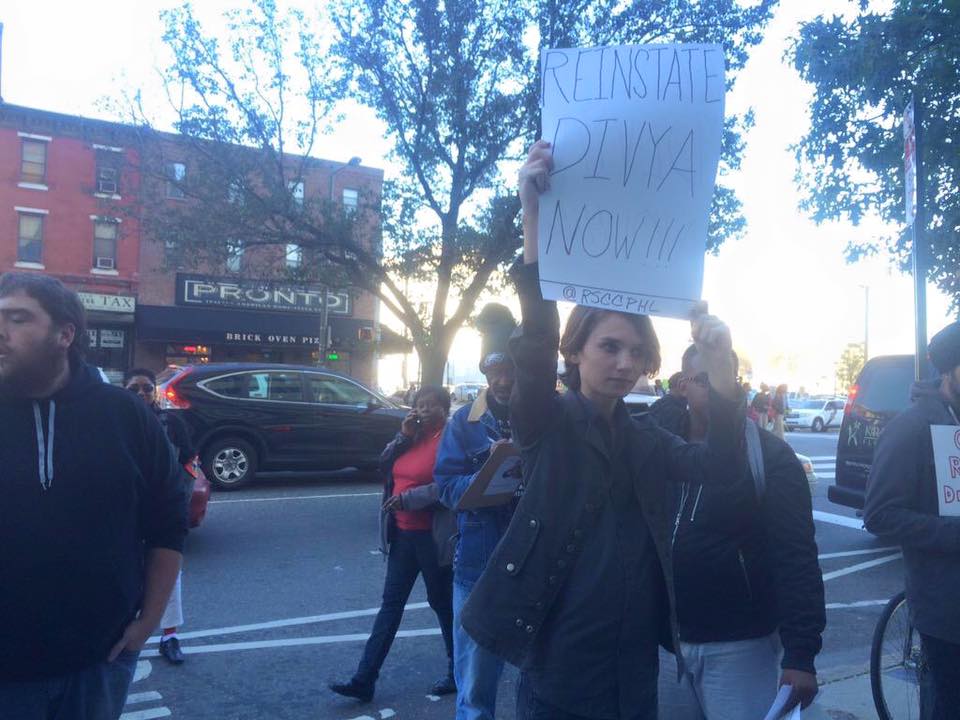 As of October 12th, Community College of Philadelphia has mandated that all students swipe their Student IDs upon entering any campus building. Anyone without a College ID card must follow the posted “Visitor Sign In” procedure. This, along with the alleged gunman situation on campus, has led to a student uprising and citywide attention to CCP.

After the shooting on October 1, 2015, at Umpqua Community College, located near Roseburg, Oregon, CCP increased its security. Then on Oct. 4., universities in the area were placed on a high alert due to Internet forum posts directing threats of violence at Philadelphia-area college institutions. These threats were similar to the one Umpqua Community College received before its tragic shooting.

Due to an alleged gun sighting by a student, to which no gun was found, CCP’s main campus was shut down October 6th, for several hours. Police in full SWAT gear frightened students, as they searched the entire campus for several hours looking for a gunman that didn’t exist.

The announcement mandating the new policy was emailed to every student and also displayed on the college’s website for the past few weeks.

Charles Schreiber, a Business major at CCP, thinks it’s a reasonable change. He was on his way to getting an ID and confessed to not owning one for the past two years.

“Whenever I had late night classes I always found a way in,” he says. “Sometimes I’d just enter in my J number or slide through.”

It seems simple enough, but not every door at the college is under surveillance by security, such as the emergency exit south of the Bonnell Building’s main entrance. Sithidat Scheldon, another student at the college, thinks the new procedure is a waste of time.

“It doesn’t prevent people from coming in,” Scheldon says. “It’s not hard to disguise yourself as a student, hang out and act normal, and then walk in through the [emergency] exit. I see people do it all the time.”

The college has around 38,000 students to survey and protect. This is excluding the faculty and staff.

On October 7, 2015, the college conducted two town hall meetings in the Great Hall. This was to update the students and staff of the new safety measures that have taken place recently.

This resulted in a protest on the college’s main campus by a group called Revolutionary Student Coordinating Committee of Philadelphia (RSCCPH), who, on their website, rsccphl.wordpress.com, say, “We want an end to white-supremacist national oppression and we uphold the right to self-determination for all oppressed nationalities.”

The college’s official statement on the recent events stated, “the Revolutionary Student Coordinating Committee took exception to a new policy requiring all faculty, staff and students to swipe and show College IDs to gain entrance to buildings on the Main Campus and regional centers.”

Protesters were seen walking through the Pavilion building holding signs that read “Black Lives Matter” and “@RSCCPH #pigfreeccp.” They were also shouting “No Pigs! No cop zone! Tell the cops, back up, go home!”

According to the official statement from the college:     “The Committee members were asked to leave the building and go outside. Security personnel also asked protesters to show College IDs, which must be available to display while on campus. Some protesters did not have College-issued IDs and most refused to show any identification upon the request of College officials.”

Shortly after the protest ended, an adjunct professor of English at CCP, Divya Nair, was suspended without pay for her involvement with the protest. She, as well as her supporters, believes that she was wrongfully punished and was merely practicing her First Amendment right to Freedom of Speech. The school thinks differently.

“Faculty and student rules of professional conduct protect academic freedom and assembly, while security measures safeguard persons and property,” reads a statement from the school, provided to The Vanguard. “Let’s be clear. This is not a freedom of speech issue. Rather, it affirms a desire to provide the security and safety learners need to thrive and prevent disruption of the learning environment.”

As of now, Nair is still suspended without pay, but had a hearing Thursday Oct. 15, 2015 in regards to her status at the school. Her supporters have started a petition on change.org to reinstate her position at the college.

It is clear that since the beginning of October, the college is going through drastic changes. We can only hope that these changes can take place without the major disruption of our education.