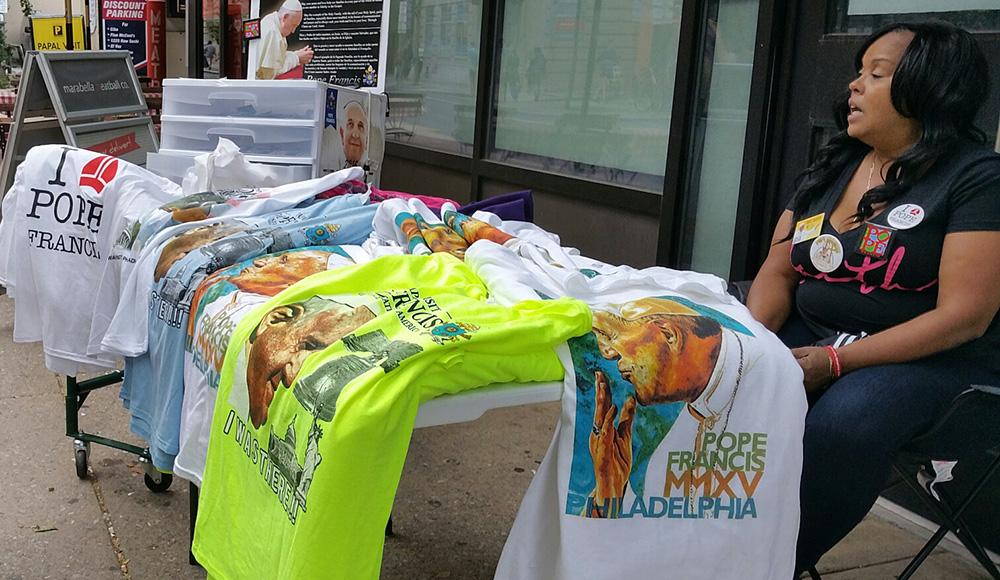 Philly was packed with people the weekend Pope Francis came to town, but it didn’t seem as though anyone was actually spending money. According to Philly.com, Steven Starr, owner of several restaurants throughout the city, was angry about the slowdown, especially as they affected restaurants. “This affected business worse than Hurricane Sandy,” he told Philly.com. “The city scared all of our customers away. We have virtually no reservations. This is unnecessary overkill. What should have been a feeling of family and community was turned into a police and military operation.”

It was difficult to get to most places within the Center City area; there were National Guard Officers as far south as Snyder Station on the Broad Street Line (BSL). They were posted at every train station, including the closed ones throughout the city. There was FBI, Secret Service, and even police from Plymouth Meeting, Pa. patrolling the streets. Market Street was packed with people hoping Pope Francis would pass by in his tiny black Fiat.

I spent an entire day walking around East of City Hall Saturday and waited in line for four hours to get to mass on Sunday off of 21st Street, scoping out the local restaurant scene. It was hard to believe the city and its businesses were making any money. Throughout the day on Saturday, I didn’t see a lot of people in stores or restaurants. The only people capitalizing on the event were the random people hustling second hand t-shirts and homemade trinkets.

I ate from three different restaurants; the first one was Scratch Biscuits, located at 1306 Chestnut Street. They had a stand outside of their establishment and were selling biscuits to people on the street, but their dining room was closed.

I also ate at Fuel, located at 1225 Walnut Street. The dining room was virtually empty. The server was very kind, and tentative, but felt slightly rushed, because there was no one else to tend to.

Considering how many people were walking throughout the streets, I thought the restaurant should have been packed.
The same thing happened at 2nd Story Brewing Company. They had a full menu, full staff, and were ready for business, but did worse over the weekend combined then they did on some of their slower days during the week, according to Ken Merriman, the restaurant’s manager.

“It was a very, very sad weekend for the businesses in the city,” Merriman, who lives in New Jersey, said.
He decided to stay in his son’s apartment in Queen Village the night before so he could get to work. Some of the employees from 2nd Story Brewing Company who also lived outside the city stayed at one another’s house, as well.

Merriman, along with some of his employees, was upset with the entire event. “You don’t catch up from something like this. A lot of my employees, all of my servers, and bartenders, everyone that came in that works for tips; there’s nothing that can make up for this. They lost a lot of money,” he said.

Low-key, more casual restaurants actually seemed to be doing better. Logan Square Pizza and Grill, located at 161 N. 21st St., saw many customers come and go throughout the weekend, obtaining pizza slices, cheesesteaks, and similar foods.
Thousands of people waited on the street, in what was a poor attempt at a line, on 21st St., to enter the Parkway on Sunday (I, personally, waited four hours to get past security). Their employees were walking up and down the sidewalk selling slices of plain pizza for $3 and drinks throughout the day.

It’s unfortunate to see how poorly some of the businesses did after considerable effort was put into reassuring they would thrive. Mayor Nutter actually billed the weekend as a money-making event. But because of the sort of police state set up, it wasn’t to be.

Tourists weren’t able to explore the historical city because of how much of the public transit was shut down, and many locals were scared into leaving the city or staying in their homes for the weekend. Hopefully the people that came to visit decide to come back, and the city gets another chance at wowing them with some of the great culture it has to offer.