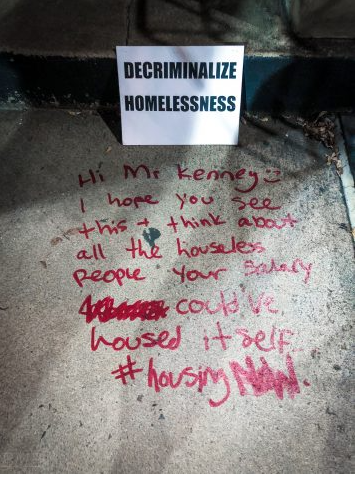 According to the US Census, Philadelphia County has the highest poverty rate of any other county in the state of Pennsylvania. The average poverty percentage for Pennsylvania is 12%, and while most counties in the metro area having a percentage of around 6%, Philadelphia county sits at a whopping 24.3%

The disproportionate amount of impoverished Philadelphians stood before the novel coronavirus and sees no signs of slowing amid this crisis. Due to COVID-19, the number of Philadelphians that have applied for unemployment has skyrocketed over the summer. According to a news release on September 29th via the PA Dept of Labor and Industry, the unemployment rate in the Philadelphia Metro Area was 4.1% in August of 2019 and rose to its highest in June of 2020 leaving 448,600 people unemployed that month. The numbers have since decreased, but by less than 4%, still leaving more than 10% of Philadelphians unemployed.

With so many Philadelphians living paycheck to paycheck, now having no stable source of income, it’s no wonder encampments such as The James Talib-Dean Encampment, or Camp JTD for short, came into existence.

Camp JTD is organized by the Philadelphia Housing Action, a union of activists who are wise to the struggles of the camp’s inhabitants due to similar life experiences. The action came to be this past winter amid quarantine, and after 6 long months of fighting for their cause, they saw their first large victory. As of Friday, September 25th, the city has promised to hand 50 empty homes over to the community land trust that Philadelphia Housing Action has created.

Though this is a huge step forward, Sterling Johnson, organizer of Black and Brown Workers Cooperative, is worried that this won’t be enough, stating, “There was already a major housing crisis in Philadelphia and we anticipate a wave of mass evictions on top of that due to COVID-19. The scale of the housing crisis would require thousands of new units of low-income housing, but we feel that with this agreement we can at least get started moving people off the street and into homes before winter. This is only the beginning” (PhiladelphiaHousingAction.info)

Despite the Philadelphia Housing Authority deciding to extend their Eviction Moratorium into 2021, the eviction ban for the city was not extended, meaning thousands of Philadelphians could lose their homes just as the weather becomes colder.

The City did create the second phase of its rental assistance program back in July. According to an article on the city of Philadelphia’s website, the first phase of rental assistance was able to assist more than 4,000 tenants. However, nearly 13,000 tenants applied to the program. Phase 2 will allow about 6,300 more renters to get help.” That still leaves around 3,000 applicants without help, not to mention those who did not previously apply but now need aid.

On September 3, 2020, previous eviction hearings resumed. On October 7, 2020, people who weren’t able to receive assistance and are still unable to pay their rents will begin to be locked out of their homes.

The CDC has intervened to stop the evictions by creating a federal declaration that tenants are to give to their landlords as soon as possible. This declaration under oath, states that the tenant was unable to pay their rent due to COVID-19. This would be in effect until December 31, 2020. The declaration also states that it was created to “ temporarily halt evictions to prevent further spread of COVID-19.”

It would surely be harder to keep the virus contained with a larger homeless population and more multiple-family dwellings that will increase with so many people being evicted. What will our local government do to help the large population of its vulnerable citizens during this global pandemic?