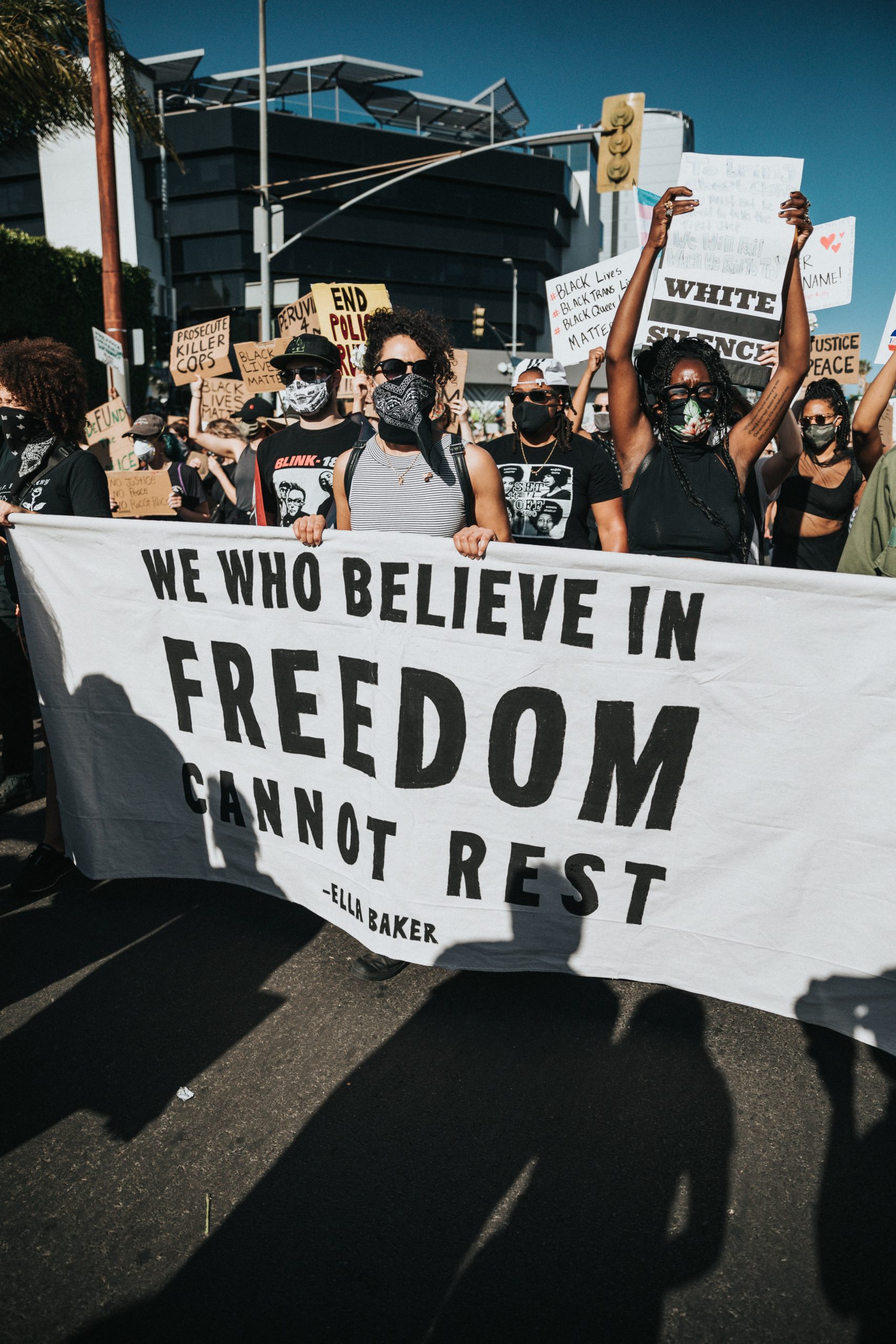 The COVID- 19 pandemic has been going on since March 2020 but have we forgotten about the other deadly pandemic that has many names social inequality, racism, police brutality. Over the summer an innocent man named George Floyd was killed by Minneapolis police. This tragedy has sparked possibly one of the biggest civil rights movements since the days of Dr. Martin Luther King Jr. People are filled with anger, rage, sadness and anxiety, and rightfully so. These emotions are causing people to protest and also act out of rage. While peaceful protests have occurred, people have also rioted, looted, and destroyed their cities. Can you blame them? All African Americans want is to be heard, for people to act and treat them like regular citizens not minorities. George Floyd was as innocent as any other human on the day he died; we must continue to fight for him and all the other victims of social inequality.

On May 25, 2020, an African American man named George Floyd was tragically murdered by Minneapolis Police. Floyd was arrested for allegedly using a counterfeit $20 bill at a local store. Instead of acting with honor and respect for the man, three officers had their knees on Floyd’s neck until he was unconscious and dead.  George Floyd is one of many examples of how African Americans are treated in this country. According to Mapping Police Violence, in 2020 alone African Americans make up 28% of people killed by police. Did you know that there were only 12 days in 2020 so far where police did not kill anyone? African Americans are three times more likely to be killed by police than white people. 98.3% of police who kill someone does not get charged with any kind of crime.

It’s time for a change, one that will bring us closer together, not further apart. It’s up to us to make that difference so that all races are treated equally for all eternity, abolishing racism, social inequality, and police brutality once and for all. Since this tragic murder, there have been countless protests all across the world for George Floyd and the fight for social inequality.

In Minneapolis on May 26, 2020, citizens began protesting for George Floyd demanding the police officers involved in his death be arrested. Peaceful protests didn’t last long as angry Minneapolis citizens began destroying their town out of rage. Rioters and looters in Minneapolis were damaging businesses, lighting cars and buildings on fire, and starting many riots. Even though the rioting has come to an end people continue to protest for equality for African Americans and for police brutality to end forever. On May 30, 2020, right in our hometown of Philadelphia, a peaceful protest for George Floyd and social inequality turned turbulent quickly. Rioters and looters lit cop cars on fire, looted businesses, and damaged city property.

Philadelphia’s riots came to an end on June 23, 2020, just like in Minneapolis people continue to peacefully protest in Philadelphia, showing that we will never stop fighting until we are all equal. We should be angry but not because people are destroying businesses but because we have allowed African Americans to get treated with such disgust and disrespect for so long. Minneapolis and Philadelphia are just two of the hundreds of cities that protested for George Floyd and social inequality. Cities from around the world showed their support for George Floyd, which just goes to show that social inequality is a global issue and still exists in our world today just as it did hundreds of years ago.

Over the summer, the Community College of Philadelphia had many virtual “Expression Sessions”. In “Expression Sessions” students were able to open up about their thoughts on racism, police brutality, and social inequality. The College also had a virtual Solidarity Walk on September 1, 2020. All students were able to participate in the Solidarity Walk but due to COVID-19, everyone who participated in the walk had to do it in their respective neighborhoods. Even though we were physically apart that day, our hearts, support, and love for one another were very present. The walk lasted eight minutes and forty-six seconds to represent the eight minutes and forty-six seconds the police officer had his knee on Floyd’s neck. When news broke out about George Floyd’s death, our college community came together as one big family. We talked about racism, social inequality, police brutality, and many more issues openly and respectfully. We are all dealing with these issues together hoping that one day our children and grandchildren will not have to face the same scary, cruel world we did. We are all in this fight together.

That’s what makes Community College of Philadelphia the greatest school in the world, we are always there for each other no matter what. We are setting a great example in our communities and world and showing them what UNITY is. This fight is far from over.

We must keep protesting, signing petitions, educating ourselves, and talking about racism, social inequality, and police brutality. I’m dedicating this article to George Floyd and his family.