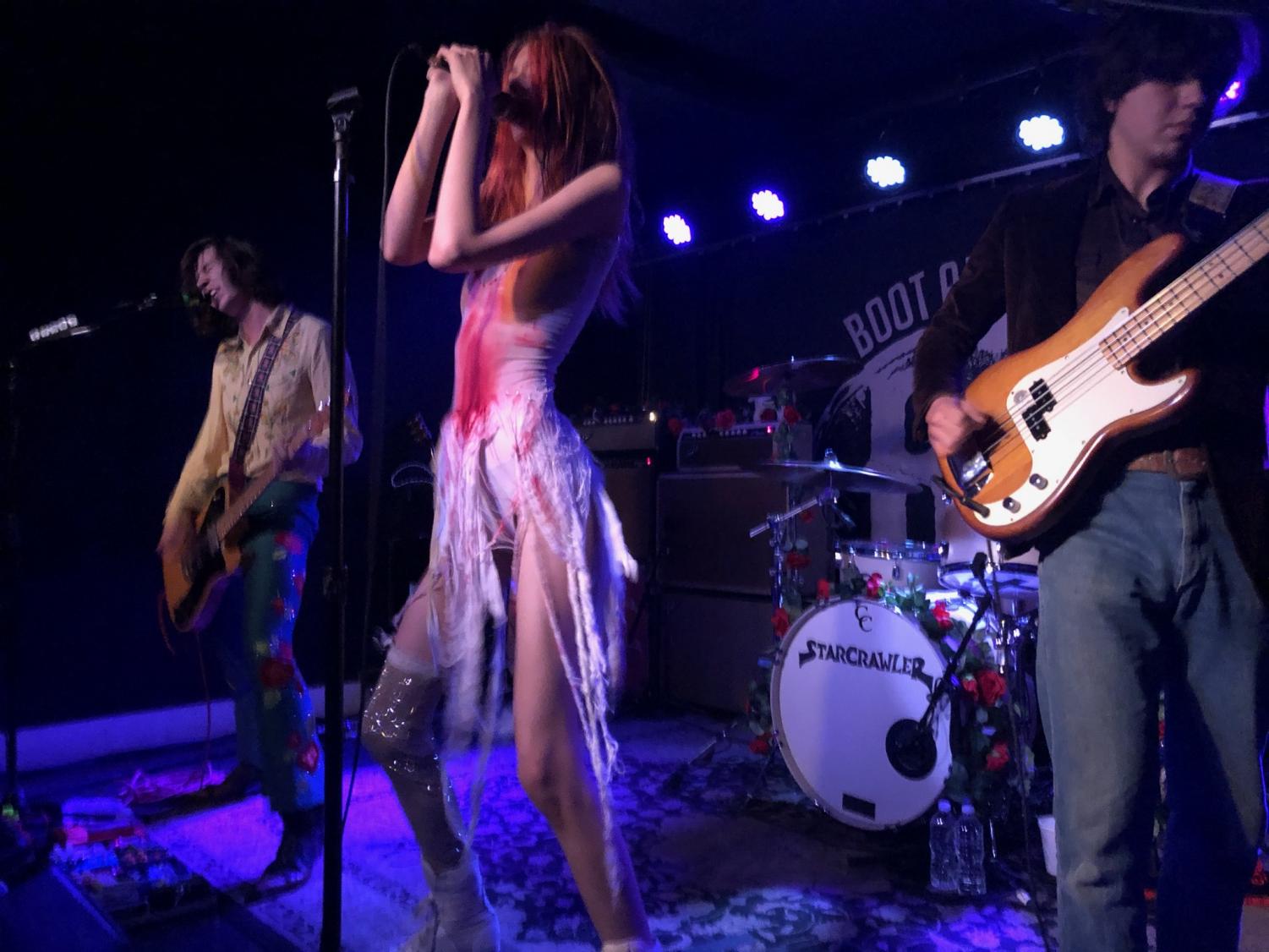 When I went to see Starcrawler at Boot & Saddle on October 26th, I wasn’t sure I’d like them.

Leading up to it, my best friend Brandi, who also used to go to CCP, would not stop telling me how amazing they are. They nearly opened for her favorite group, The Distillers, before their concert was rescheduled, and they did a cover of Pet Sematary by The Ramones for the movie remake. I made sure I listened to the cover and to their biggest single, I Love LA, before the concert. They’re just alright, I thought to myself.

I left the concert an enormous fan, and I still haven’t been able to get them out of my head.

Starcrawler isn’t just a Gen Z band; they’re a fantastic punk group that plays rock music like a well-oiled machine. Though their first album was already impressive, the release of their second album, Devour You, has shown their sound has made huge strides. Punchy, screaming riffs in songs like Bet My Brains were incredible live, though my favorites were probably She Gets Around and Train, a song from their first album. Cycling through at a manic speed and gone in just over a minute and twenty seconds, the last one was the most fun to dance to and makes its name very apparent.

Arrow de Wilde’s electrifying antics set her apart from other lead singers with her skill in performance. Her stilted, puppet-like contortions or frenzied, desperate struggles remind me of Cage The Elephant’s Matt Schultz, one of the few modern stage personalities that could possibly match her energy. Henri Cash’s lightning fast and hard-hitting guitar lines were an endless source of entertainment, especially when coupled with his endearingly goofy facial expressions. Tim Franco on bass and Austin Smith on drums also showed amazing talent, keeping the group together with a rhythm and cohesion sometimes lacking in older, more “professional” bands.

The venue was unfairly small for the cutting-edge punk band, but that made it all the better. This was a group that headlined South X Southwest and was reviewed in the Guardian, and we managed to be pressed against the stage in the very front. The intimacy made it one of the most fun concerts I have ever been to, and if you have the opportunity to see them in a similar setting I could not recommend it enough. Be prepared to move. “This is not a standing still concert,” using Henri’s own words.

Even the openers were impressive this time around. Bodega, another group I’m fond of, was listed as the opener but had to cancel for medical reasons. Instead, we were treated to Dan Luke and The Raid, and their set was enough to make sure I stayed around to buy their album and get each of their signatures. I absolutely recommend giving them a listen too, especially their 1960s-inspired single Black Cat Heavy Metal.

I left the concert not just exhilarated but inspired. Maybe it was just the closeness to the stage or me being enamored by the lights and music, but this was proof to me of the talent and creativity of my generation. We’re already revolutionizing politics and economics, we might as well go for music next. And if they can do it, it seemed to me, I can do it too, in my own way.

By the way, there are stories about Arrow tossing the audience’s belongings around, spitting fake blood and blowing snot into the crowd.

They’re true—and it was awesome.