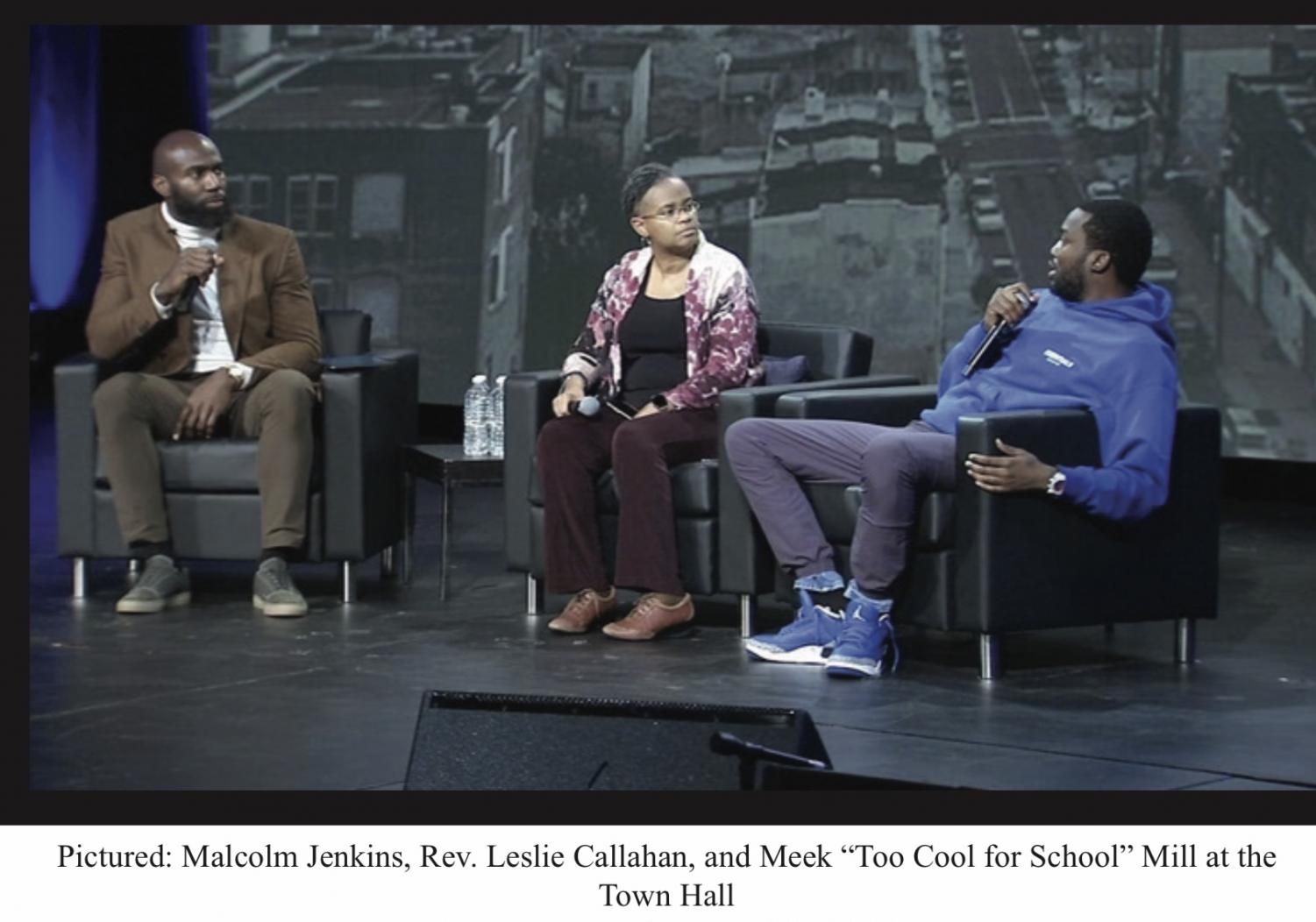 During the last week of October, politicians,

police, and press were brought to the college’s

auditorium to talk policing in the city. Lead

and the Players Coalition, as well as rapper and

to the stage to be discussed. Politicians and press

have sometimes not been able to see eye to eye,

accusations of “fake news” were brought up, and

press not being able to trust police when there

is an altercation that demands journalists cover

it. Will the police tell the truth about what happened?

Does the press have the right to stick their

noses into what cops are doing?

Members of the Players Coalition and the

and Meek groupies alike came to the town

hall meeting. Outside of the performance theater,

“A complete culture change is the only

thing that is going to rebuild trust,” Jenkins says.

Police are necessary, yes, but have a bad

relationship with people of color that isn’t just

on-going but encouraged. Trust “comes with

and with the interactions such as stop and frisk

and pulling over, they are not just unhelpful to

the resurrection of police trust, but also “perpetuates

the cycle of over-policing.” Jenkins has

spoken to Philadelphia residents on the issue of

police trust and reform which will make a difference

with the hope that Mayor Kenney is listening

and hopefully the addition of black female

officers will make a change as well.

“As Players, we put these events on

all the time,” Jenkins says.

When the next one comes around,

students should make sure to attend, this is

an issue that affects them as well and many

don’t know it until it is too late. Meek Mill, a

celebrity who has been doing work all around

the city of Philadelphia has had a say in this

matter, especially after his violation of probation

“It’s about giving a voice to the people

across the city and not just the people on

Post-election results have brought a

“blue wave”, as news outlets are calling it,

to Philadelphia, even electing its first black

fresh air in the wake of sexual misconduct

in the city’s police department. With Bilal

and other progressive candidates through this

that the people of Philadelphia have been

asking for like-minded elected officials, and

they won’t stop until they get them.

meeting) about giving a

voice to the people across

the city and not just the

people on the microphone.