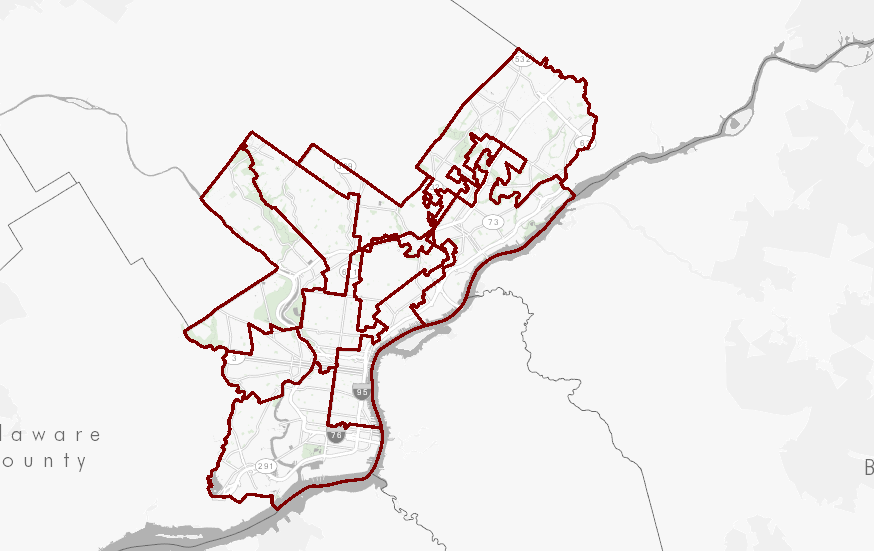 Supreme Court Justice Sonia Sotomayor asked a pointed question, “It’s OK to stack the decks so that for 10 years—or an indefinite period of time—one party, even though it gets a minority of votes, can get the majority of seats?”  The question is about Gerrymandering, a practice being challenged in courts all over the country. Most people don’t know what Gerrymandering is, much less why former Attorney General Eric Holder says,“it threatens our democracy”.  In the last year, some of the most powerful interests and individuals have declared war on the practice.  President Obama has made it the focus of his post-presidency. A British think tank, USAPP, says in an article, Gerrymandering the Presidency, “Trump can guarantee re-election in 2020 – even if he loses by 6 percent.”

Gerrymandering is the political process of creating non-competitive districts for a candidate or party – it is commonly referred to as politicians picking their voters.  The districts are often outrageously shaped to either include or exclude certain voters.  Psychiatrist’s ink blots and abstract art are frequent comparisons. The “Squiggle”, the “Praying Mantis”, the “Fire Breathing Dragon” and the “Upside Down Elephant” are all nicknames given to gerrymandered districts across the country.

“Goofy kicking Donald Duck” is what the Washington Post called Pennsylvania’s 7th Congressional District just outside Philadelphia. State Senator Daylin Leach, who is running for the 7th Congressional District seat, called it “essentially political corruption and the theft of votes in Pennsylvania.”  Redrawn in 2011, it includes parts of Delaware, Chester, Berks, Lancaster and Montgomery Counties.  Goofy’s foot plants itself on Donald Duck’s nether region at the Brandywine Health Center campus in Coatesville.  Goofy’s neck is only the width of King of Prussia restaurant Creed’s Steaks, 700 feet. The League of Women Voters filed a lawsuit in Commonwealth of Pennsylvania alleging the 7th District, and the entire 2011 Pennsylvania congressional redistricting, were “illegal” and “reflects a deliberate and successful effort to disadvantage Democratic voters.”  The League’s lawsuit is currently on hold in the Pennsylvania Supreme Court awaiting the United States Supreme Court ruling in Gill v. Whitford.

It has a long history

Gerrymandering has a long and sordid history. One of the first instances of congressional gerrymandering occurred before Congress even existed.  In 1788 Patrick Henry, famous for his proclamation “Give me liberty, or give me death”, drew the lines for the 5th Virginia Congressional district of the 1st United States Congress to include as many of James Madison’s adversaries as possible. The effort was ultimately unsuccessful, but the practice would find a name when Elbridge Gerry, Governor of Massachusetts, created a “salamander” district in 1812. The Boston Gazette coined the term with a headline on March 26, 1812, “The Gerry-Mander: A new species of Monster.”

Every political party, at one time or another, has taken advantage of redistricting to create districts favorable to re-electing incumbents. Before the Voting Rights Act of 1965, it was common for southern state legislators to draw maps with the explicit purpose of rendering the black vote irrelevant. Black voters, already suppressed, were distributed among majority white districts, called “cracking”. The prescribed remedy, affirmative gerrymandering, the creation of majority-minority districts to elect legislators who represent their interests. The opposite of “cracking” is “packing” – concentrating minority voters in one district, effectively diminishing the group’s representation.  Since 1965 there has been a steady stream of court cases challenging districts drawn using race as a factor.  The Supreme Court struck down North Carolina’s 2011 redistricting having found that the legislator intentionally and illegally “packed” black voters into two districts with the express aim of diluting their voting strength.

REDMAP, a project launched by Republicans in the aftermath of President Obama’s victory in 2008, aimed to swing state elections with the explicit aim to “create 20-25 new Republican Congressional Districts through the redistricting process over the next five election cycles. Karl Rove, former White House Chief of Staff summed up the aim of REDMAP in a 2010 Wall Street Journal Op-Ed  “when you draw the lines, you make the rules”.   Ever since the 2010 elections, the Republican party has controlled the legislative agenda at the national and state levels.  REDMAP’s website, celebrating their unprecedented success, stating “all components of a successful congressional race … rest on the congressional district lines, and this was an area where Republicans had an unquestioned advantage.”   REDMAP gave their party “a 33 seat majority in the U.S. House of Representatives” despite the Democrats tallying “3.5 million more votes” nationally.

“The most audacious political heist of modern times,” Salon’s Editor-in-Chief David Daley said in a Vox interview.  “Democratic congressional candidates got 1.4 million votes nationwide, but Republicans kept control of the House 234-201.”  In his book, Ratf**cked:  The True Story Behind the Secret Plan to Steal America’s Democracy, Daley writes that “the plan that the Republicans executed in 2010 and 2011 reinvented this game in a completely modern and transformative way.”

The League of Women Voters, in their Pennsylvania lawsuit briefing, alleges that transformative “2011 Plan achieved these lopsided results by “packing” Democratic voters into five districts that are overwhelmingly Democratic, and “cracking” the remaining Democratic Voters by spreading them across the other 13 districts.”  Chaka Fattah won his election by 300,00 votes, “more than any other Democrat in the country” according to David Daley in a Salon interview about his book. “Democratic congressional candidates received 100,000 more votes … but Republicans won 13 of the 18 seats”  overall in Pennsylvania.  “Flouts – the will of the voters” alleges the League of Women Voters.

There is no question that Republican legislators “cracked” and “packed” Democratic voters into districts that give them far less legislative clout than their numbers suggest they should have – REDMAP and The Republican National committee do not contest this fact.  The argument brought by the plaintiffs challenging Wisconsin’s redrawn districts is whether this hyper gerrymandering, aided by increasingly powerful and sophisticated software, is a violation of the first amendment rights of Democratic voters.  It’s a new argument, a fresh approach to challenging the two and a half century political practice.  Essentially the claim is that Democratic voters are punished for expressing their opinion, their vote, protected by the first amendment, in subsequent elections when districts are redrawn in response to their party affiliation.

The counter-argument, supported by those supporting the legitimacy of the new districts, is that the courts should not intervene in the matter.  Supreme Court Justice Neil Gorsuch, appointed by President Trump, summed the concern of conservatives, and the Wisconsin Republican Legislatures position, when he asked during oral arguments “Where exactly do we get authority to revise state legislative lines?”   It’s a question about how much authority does the federal government have and what powers are reserved to the states by the Constitution.

The extent of political gerrymandering has even brought some Republican politicians to come out against the practice and support the plaintiffs in the case.  According to the New York Times, Senator John McCain, Governor John Kasich, former Senator and presidential candidate Bob Dole and Arnold Schwarzenegger filed a brief “urging the Supreme Court to rule that extreme political gerrymandering … violates the Constitution.”  Supreme Court Justice Ruth Bader Ginsburg, at a Duke Law School event, said Gill v. Whitford may be the “most important” case the court will hear this year.

The Supreme Court is expected to issue it’s Gill v. Whitford ruling in June of 2018.