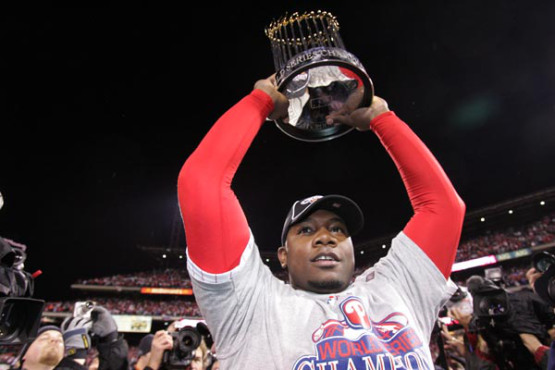 The Philadelphia Phillies are well-known throughout the baseball world of being in a rebuild, so with Ryan Howard’s last season finished, the Phillies have now completely stepped into a new era.

Breaking into the league as a September call up in 2004, Howard After hitting his first major league homerun on September 11th that year. The following year, Howard won the Rookie of the Year award for the 2005 season.

After the 2005 season Howard was viewed as the next big thing for power hitters for the Phillies, which in the end became the “new Phillies” and led them into the new era. Howard followed up his Rookie of the Year season with a monster season, winning the Hank Aaron Award, the National League Silver Slugger Award, the National League Most Valuable Player Award (MVP), and others. He’d solidified his nickname, “The Big Piece.”

Howard always went above and beyond in his charitable works for the Philadelphia youth. In 2011, after signing his $125 million contract, Howard donated $1.2 million of sports items to Philly’s struggling public school system. Howard also founded the Ryan Howard Big Piece Foundation in 2013 with the mission statement centered around engaging students in the area of literacy.

Howard’s foundation has worked with many school to help them improve childhood literacy. The foundation offered a challenged to students at Vare-Washingon Elementary School to read twenty minutes each day for seven weeks. The students at the school accomplished that goal and for an award the foundation gave the school $75,000 for computers, iPads, and a reading room project.

Howard also funded and opened a baseball training center at the Marian Anderson Recreation Center in South Philadelphia. The center will connect will the Major-League Baseball’s Reviving Baseball in Center Cities (RBI) program to provide access to the center for 8,000 RBI kids. In October, Howard was recognized by Philadelphia City Council for his hard work.

Over the years, Howard would continue to evolve into the most dangerous power hitting in the sport. He began declining, though, in his later years. In the final out of the 2011 National League Division Series against the St. Louis Cardinals, Howard grounded out which ended the Phillies World Series hopes. He also tore his Achilles tendon while running to first base.

From 2012 to present, Howard had been a shell of himself. The player who could have been named the greatest first baseman in Phillies history was booed and the target of a beer bottle by a fan during the 2016 season. The front office who drafted and signed Howard is basically gone, his original head coach is gone, all the teammates that represented “the core” and supporting cast of the 2008 World Series team, is all gone.

Over the last couple years, Howard was on and off the disabled list, saw a reduction of playing time, and a lack of production. He has become a liability for the Phillies. Attached to a money hungry contract the Phillies was basically forced to hold on to Howard until this year since Howard has a 10 million buyout clause in his contract.

The 2016 season is over for the Phillies, the last link to the old era is gone in the form of Howard. Although things were rough over the course of the years and a there was a  potential scandal on Howard, he still received a special farewell. Phillies fans, still appreciate all the work and greatness Howard gave to the Phillies ballclub and the city of Philadelphia. Ryan Howard has been the standard of what every future ball player should strive to be. Again, Ryan Howard has played his name in Phillies record books and will be known as one of the great Phillies of this time. Howard out.