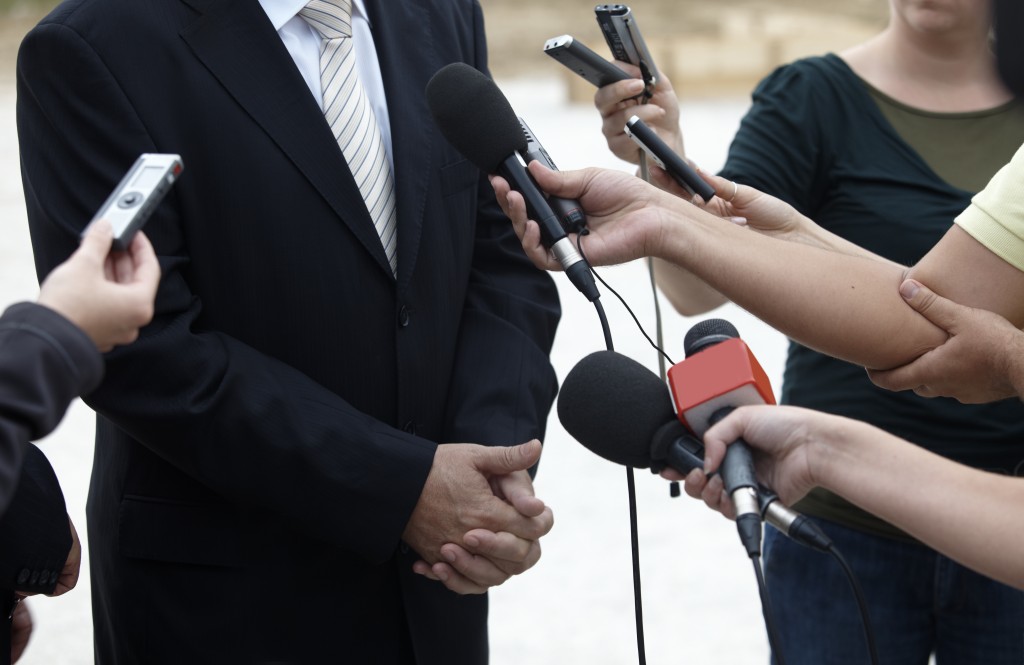 The Vanguard News team traveled to The National Associated Collegiate Press journalism Conference in Los Angeles, California in February. The event was held at the Sheraton Hotel in Universal City from February 18th-21st. The event included 125 practical sessions, workshops and networking opportunities led by media professionals, media advisers and fellow student journalists. The convention provided new experiences, insight and ideas for The Vanguard!

The ACP Convention presented us with the opportunity to meet and mingle with other newspaper staffs, editors, writers and aspiring journalists. We were able to learn more about how to become more knowledgeable in the world of journalism through the lessons the workshops taught.

From how to create an atmosphere in your writer’s environment to ideas like knowing yourself as a writer so you know how you operate with your newspaper staff, there were lots of great ideas shared by speakers, advisers, and other college students at ACP.

Teamwork was also one of the main focuses of the workshops. We are a team at the Vanguard. When we can improve as a team, we improve the CCP community. We are responsible for relaying and reporting what goes on in and around our college community.

So, when I got back, I decided to put my new skills to work. I walked around campus and asked a couple of CCP students who read our newspaper for some feedback on what it is they like that we do and what they would like to see more of.

Sarah, an English major, says she’s been reading our paper since she started here at CCP two and a half years ago.

“I like how diverse it is,” she noted. “No two stories are really ever the same. You get to read about different subjects.”

This was one of the points mentioned at the workshop, “Creating A Creative atmosphere.”  One of the speakers said diversity can play a big role in helping a paper attract more readers; especially here at CCP, where this community is full of diverse people and cultures.

Overall, Sarah believes we are diverse as we can be—especially with such a small staff.

Compared to many of the other college newspapers representing at the conference, our staff was smaller than most. Even here in our hometown of Philadelphia, college newspapers like Temple University and University of Pennsylvania have us outnumbered regarding the quantity of their staffs. As a community college newspaper, things operate on a different level for us. That was one of Sarah’s critiques of our paper.

“Since the staff for the paper is smaller, it would be nice to see more contributors… As an English major, I know some people who might be interested in seeing themselves published in the paper,” she added.

Whether you are an English major who enjoys reading and writing or you’re a science major who may be interested in space, The Vanguard welcomes you! We want your ideas! We are accepting with open arms to those interested in writing for us. We are a growing newspaper.

Sean, a business major, said he is a frequent reader of the paper. He says he enjoys how we incorporate what’s happening here at CCP into our articles.

“It helps me to stay informed about what’s happening here,” said Sean. “With the hustle and bustle of our tight schedules as college students, we sometimes miss out on the schedule of events or incidents taking place on campus.”

He says not only does he enjoy that we report about what’s here on campus but also what’s the word around our town. “Some of us sometimes move through life without stopping to see what’s happening around us and what everyone is talking about. The Vanguard reports on the things taking place in communities other than CCP’s,” he said.

At one of the workshops called “Managing Chaos: How to lead a college newsroom,” Advisor Mark Witherspoon from the Iowa State Daily, said we (Journalists) are the greatest public service because we shed light on things in the world so people can make choices on how to improve their communities. We here at the Vanguard agree!

As a growing newspaper, we are always striving for ways to improve. Attending the ACP conference in Los Angeles helped us pave a way on how to continue to do just that.