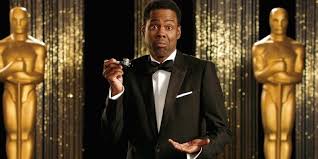 So, the Oscar’s: Not racist.

The Oscars are the imaginary brace ring that screams to people that you are somebody. In reality, not everybody will have one. People see that since there are no African American actors or actress nominated for an Oscar then they automatically throw out the race card.

But Hollywood politics are probably the real issue at play here. Take the actress Mo’Nique. In her 2010 Oscar-winning speech for her role in Precious, she said, “First, I would like to thank the Academy for showing that it can be about the performance and not the politics.”

After that speech Mo’Nique says that she was “blackballed” because she did not play “the game,” according to The Hollywood Reporter. After Precious, she did not act again until 2014, when she played a small role in Blackbird. Her first really big role wasn’t until Bestie which was a television film in 2015. She told the Hollywood Reporter she’s going the independent film route after having offer after offer taken off the table.

But she isn’t the only example of actors getting cast aside for not playing the game.
Jim Caviezel is an actor who is a very respectable, talented, and risk taking actor whose most noticeable role was playing Jesus Christ in The Passion of the Christ. Caviezel knew that taking this role would destroy his career, which in a way it almost did. Caviezel told CBN.com: “Mel (Gibson) said that if I do this film I may never work again.”

During the film, Caviezel suffered hypothermia and separated his shoulder all to deliver an iconic performance. After the film was released, Caviezel claims that Hollywood made him an “outcast.” Now a little more than 10 years later from the 2004 film, Caviezel’s career has never shined as bright as it did before the film.

Still on the fence? Let us examine actor Leonardo DiCaprio. A talented heartthrob who has been in many films, many would assume he has at least one Oscar.
Sadly, he has zero. Sure Leo may have three Golden Globes, but you have to be a fool to think that the Golden Globes are more prestigious than the Oscars. With such work as Blood Diamond, Inception, J. Edgar, Django Unchained, The Great Gatsby, The Wolf of Wall Street, and Titanic, one would think as accomplished an actor as Leo, would have an Oscar for something.

Some believe that Leo’s problem is that he is Hollywood’s party boy. People argue that the single, childless bachelor is someone that the Academy just doesn’t like. This year Leo is nominated again for his leading role in The Revenant, which some say is Leo’s best chance of winning. He certainly sacrificed enough for it because Leo described how to prepare for the film, he had to eat raw animal meat.
At the end of the, we shouldn’t sweat the Oscars—it’s not much more than an artificial pedestal. Those who don’t know much about performance would just judge awards someone has, but the real movie critics know real performance when they see it—and so do audiences.

Hollywood is a game that needs to be played right. If you are a checkers player, then you probably just won’t survive in the world of Hollywood’s game of chess—and race has little to do with that.