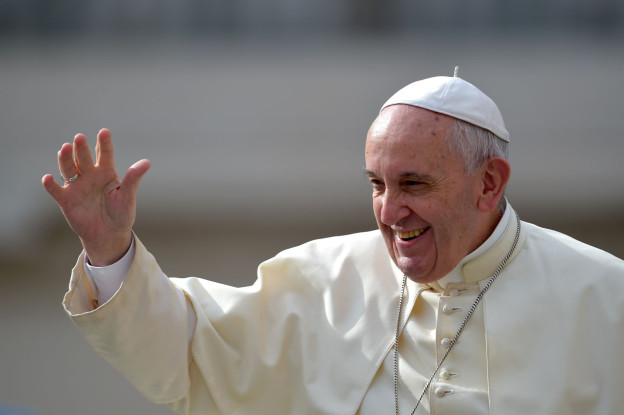 The Pope Francis visit is around the corner and people are getting prepared. Some students at Community College of Philadelphia (CCP) are excited that they get the days off from classes. For some students, the pope weekend will be a disaster. Some working within Center City are expected to work during that weekend.

CCP student, Mikal Willis, told the Vanguard that he had been asked by his employer (Pizzeria Stella, located on 420 S. 2nd St.), to bunk at a co-worker’s house prior to the event. Willis predominantly drives to work, but feels like he’s going to have trouble finding parking within walking distance of his job.

As of now, all 10,000 of the tickets for the papal visit have been distributed. Some of the hotels throughout the city have been sold out for months. A smaller hotel like The Conwell Inn, located at Temple University, has been selling rooms from $199 to $299 per night, with 22 rooms total in their establishment. They’ve been sold out since May of this year. The Sheraton, on the other hand, in Center City has marketed their rooms anywhere from $160 to $400 (excluding the Pennsylvania hotel state tax, which is 15.5%) per night, and has 757 rooms in total. These are only a few of the dozens of hotels throughout the city that are sold out.

Former student Cj Valenti, who graduated from CCP last semester, had yet to figure out a convenient way of getting to the Center City area for his job. He plans on walking from his home in South Philly to get to work.

Luckily, SEPTA won’t be shut down completely. Some stations are open on the Broad Street Line (BSL) and Market-Frankford Line (MFL), but not all of them. It still causes some concern for some students who work and live outside of what could be considered “The Pope Zone.” Nursing major at CCP, Clashaya Medley, works at a Tropical Smoothie near Temple University, and is expected to make it to work on time that weekend. Medley currently lives in the Germantown area, which is closest to the Wyoming and Hunting Park Stations on the BSL. With stations closed between Olney and Erie, it could be understood why some people living in the city are frustrated with the event. “The Pope isn’t God,” Medley tells the Vanguard.

Another student, Selia Chhan, who studies criminal justice at CCP mentioned that “[it’s] unfair that they treat him like a king, and didn’t shut down the city for President Obama.” President Obama had visited the city over the summer, and many people hadn’t noticed until after he left.

It’s also difficult for some of the students to grasp why Pope Francis is so important, because they may not practice Catholicism. Medley admitted to not being Catholic, and not knowing much of Pope Francis. She was more excited to have the days off from class than the actual Pope coming to the city.

He is expected to arrive in America on September 22nd. He will travel from Washington D.C. and then leave September 24th to visit New York. On the 26th he will venture down to Philly, and the city will be flooded with visitors hoping to catch a glimpse of the holy man himself.

In a survey, we asked 68 students if they were excited for the pope visit and 23 said “yes,” while 22 said “no.” The other 23 students didn’t feel one way or another.

Also, we asked 60 students if they planned on leaving Pope’adelphia; eight said “yes,” and 51 said “no,” but planned on staying indoors with the doors locked. One person we surveyed lives in Bucks County, and had no plans to leave their house either.