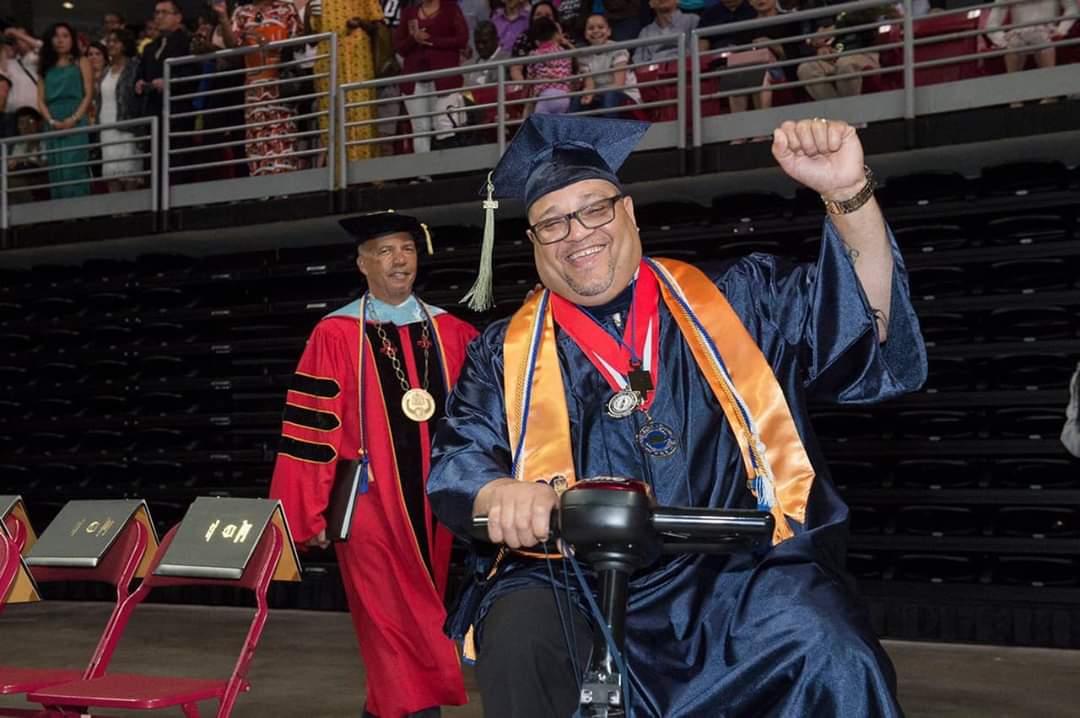 It is with a heavy heart to share that Troy Bundy has passed away. Bundy did the most for the student body, including mentor at the college’s Center for Male Engagement, served twice as president of the Student Government Association, and made an emotional speech at the College’s 52nd Commencement Ceremony. Bundy had also made many achievements putting his name on the map at CCP. He was a member of the 2018 All-Pennsylvania Academic Team, the Phi Theta Kappa Honor Society, a recipient of the Whyatt Mondesire Community Impact Scholarship and the first CCP student to do dual enrollment at Rutgers University: Camden Campus. While Bundy is gone, he will not be forgotten by his friends and family on campus in the future.

“I think I’ve had a good impact on students here. They ask for my suggestions and talk to me about their personal and academic lives” Bundy continues in his profile.

“I met Troy and if you were in his presence for more than thirty seconds, you’d have felt like you’d have known him your whole life,” says Derrick Perkins, the Project Director at the Center for Male Engagement (CME) and closer friend of Bundy. “One of our English professors was teaching at the West Philadelphia regional center who said that ‘I know Troy will be a good fit for your program’” and he was. Troy Bundy showed sincerity and empathy toward CME by showing everyone that they mattered. “Troy would be the first to tell you that he was a flawed man, but he recognized that being flawed was not a fixed identity,” his humility carried on in the other members of CME and the college. “Through his example, other students and colleagues, in turn, learned the power of forgiveness, self-advocacy, resiliency, and asking for help so that they do not have to suffer in silence. In short, Troy Bundy is why I do what I do,” Perkins concludes.

Along with his achievements, Bundy was the hand that brought Roary to life, starting a petition in 2017 to change the mascot from Colonial Phil to something that would better represent the student body. “‘Colonial Phil was intimidating to some of the students and it wasn’t what the diversity and vision of the school had in mind,’” Bundy said in an article on Radio.com on the college’s mascot. “‘He shows diversity. He shows pride. He shows everything that the Community College is about,’ Bundy added.”

During his time as president of SGA, Bundy spent his administration productively, trying to make sure the faculty and the union came together to get fair contracts, an issue that reared its ugly head in the Spring of 2019.

As his family and friends lay him to rest, the campus does the same, knowing that even though he is gone his impact on the student body will live on for years to come.