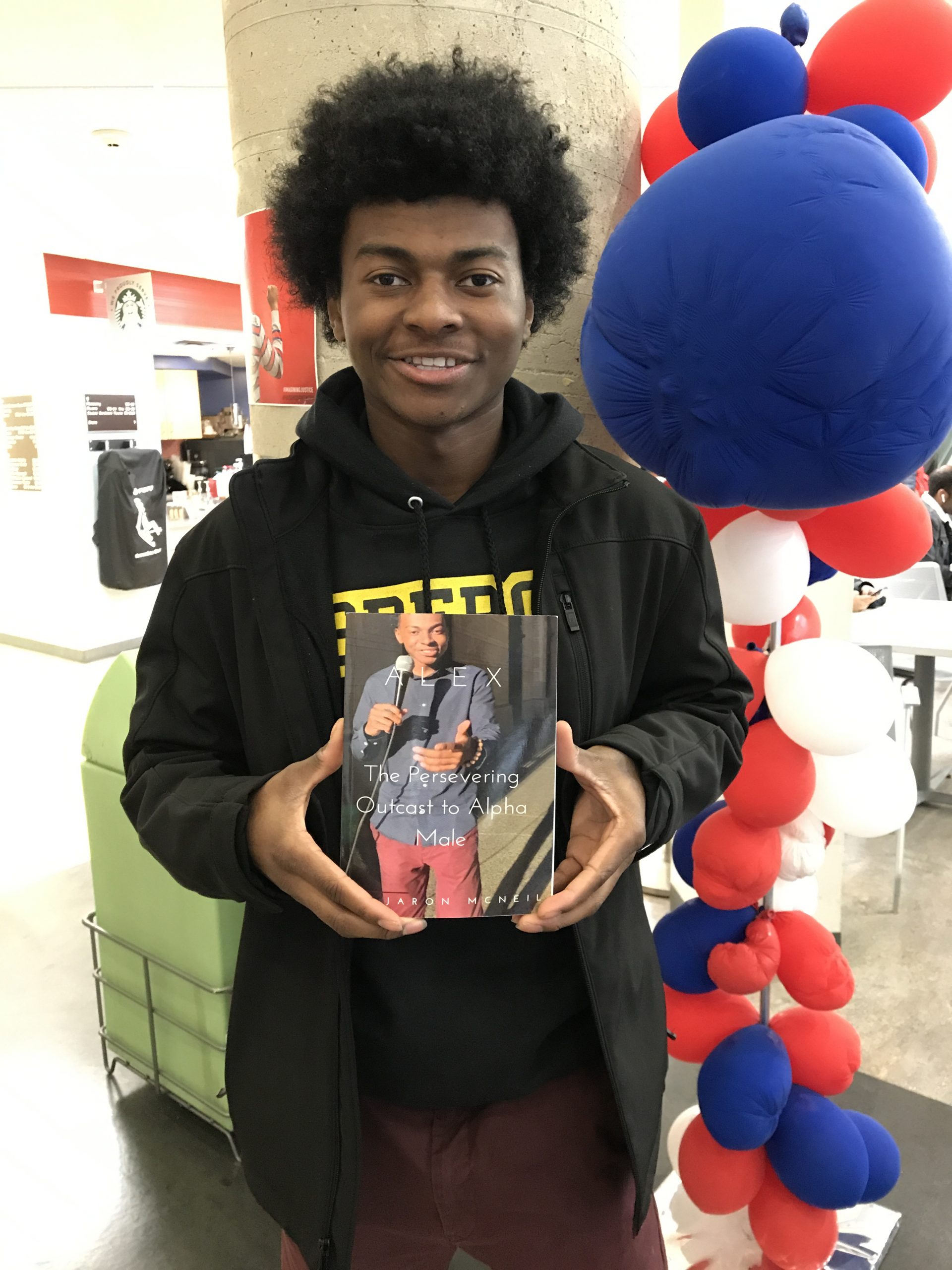 “To be or not to be, that is the question…” This was the question that was asked in the famous Shakespearean Hamlet, when the lead character Hamlet was questioning himself of whether he should live or die. Unfortunately, many individuals in their youth are asking themselves that same question, and their choices usually have a tragic ending. What brings about this dramatic choice falls under the topic that not many people wish to bring to the table: depression. Depression happens more often than people like to think. According to a website called Depression and Bipolar Support Alliance, “Major depressive disorder affects approximately 17.3 million American adults, or about 7.1% of the U.S. population age 18 and older, in a given year. (National Institute of Mental Health “Major Depression”, 2017)”. Depression can also be like a chameleon: invisible, yet still there. The reason I say this is because often people who experience depression and die by suicide, are the ones you’d least expect it from. I mean look no further than last year, when the world dropped their jaws at the sudden tragic loss of Celebrity Food Chef and Traveling Documentarian Anthony Bourdain, as a result of taking his own life on the eighth month of June due to his struggles with drugs and depression. According to statistics from the website mentioned above, “Depression is the cause of over two-thirds of the 30,000 reported suicides in the U.S. each year. (White House Conference on Mental Health, 1999)”. Although these statistics sound scary, there are some people who are fortunate enough to avoid the devastating demise of depression. One of those fortunate survivors, is a young man I recently interviewed at Community College of Philadelphia name Jaron McNeil. Jaron is a student at Community College of Philadelphia, and he’s also an author of a memoir he recently wrote about his battles with his depression, and the long journey he went through to overcome it. This is his story.

Back when the world had clarity and color, Jaron had an easygoing life. He had loving parents, a strong support group, and he was just a kid that always wanted to be happy. As stated by Jaron himself, “Before my depression, in the sixth to seventh grade, my family has always taken care of me and I was always sheltered. Mentors from recreational centers have helped me out. My focus was being a funny exciting silly, and goofy young kid who thought he could do anything.” Jaron’s life was originally as warm and comforting like any other, but then summer came around when the clouds became gray, and his world became black and white. According to Jaron, his first moments of experiencing sadness and depression began when he started playing negative video games when he states, “I think the summer when I was in the seventh and eighth grade. I felt like there was nothing for me to do after school. My reason is because I only focused on negative video games and it caused me to be lazier in getting out of bed and not only exercising my mind more, but also getting enough physical exercise.”

It also didn’t get any easier when he started communicating with people through video games. Jaron explained that when he started talking to people through video game, he experienced harsh amounts of bullying when he states, “People criticized me for the way I sounded online, then people criticized me for being sweet and nice to other people. Some people thought they could take advantage and it would make them feel good about it. Trying to belittle me would give them a way to feel better about themselves.” After the long series of bullying, there was one more factor that occurred in his life to set off Jaron into wanting to end it all. According to Jaron he states, “I don’t exactly remember the time, but I can remember the moment. The moment was about my parents being disappointed about my behavior at school, and I felt like I failed them. I remember I was grounded that day, so I felt like giving up.” So, from that moment on, his mission was to die, and he was willing to make plans to make it happen. “I went to the kitchen and I grabbed a knife and I was about to stab myself in the arm…” stated Jaron as he explained his near fatal suicide attempt. Suddenly, before the knife could even touch his arm, Jaron heard a voice within him that encouraged him to change his mind when he states, “…I stopped myself, I hesitated, all of a sudden. What stopped me from going through with it was that I felt God spoke with me because I gained these thoughts of ‘Jaron, it’s going to be ok, you’re going to get better, and that my parents really support and love me at the end of the day.’ So, I realized that I shouldn’t try to hurt myself when I know that there are good things already coming along the way. It kept my faith going in school and in life to build my positive perspective.” Going through this depression really made a huge impact on Jaron’s personal life with his family and friends. He described the changes that were made in his life when he states, “It helped my family stay supportive of me.

They were always there to support me. With friends, it made me more distant from them because I believe God made that necessary so that I could focus on what’s happening with not only myself but from the love of my family members. It helped me understand that they are my why, my driving force, and motivation. They are my motivation to keep my head up and live a good life.” In terms of realizing that he needed help, Jaron had multiple turning points before the day of the interview, but one important turning point came through prayer when he realized and acknowledge that he couldn’t handle things on his own. This allowed him to focus on what his parents were encouraging him to do, which is to surround himself with positive people when he states, “My mother always told me that it’s better to be alone than to be surrounded by fake friends. That was part of my depression, which was having fake friends within my life and within my circle and I acted as it was acceptable and normal and ok, but it really wasn’t.”. In an article titled More than 9 million Americans consider suicide every year. I’m one of them. DCSP Consulting President of the Educational Consulting Company Doug Dennis writes a detailed article about his experience with depression as well as suicide.

He writes about how he considered killing himself on multiple occasions, and then he gives a statistic on how often other people consider suicide when he states, “Some 9.3 million American adults (3.9 percent of the population) seriously contemplated suicide in 2013, according to a US Department of Health and Human Services study.” Thankfully for Jaron, the thoughts of killing himself never occurred often for him. In fact, during his depression, he never did much damage to himself the way most depressional people would. He never did drugs, never turned to alcohol, he never started cutting himself, or even said to anyone that he wanted to kill himself. In his own words, “It just drained him mentally.” It also made him constantly victimize himself and not think that he could conquer any challenges. When Jaron went through his depression, he was afraid to tell anyone about it because he cared so much about what people would think or how they would react. Also, when it came to publishing his book, it was difficult at first for him to tell his story because he would think about how people would judge him and he almost doubted himself out of thinking that he didn’t have the power to change someone’s life. In the end, despite his self-doubts, Jaron decided to speak his voice anyway because he always saw himself as someone who held the key to unlock the mental prison of people’s minds when he states, “I knew that there was another way to motivate people who need my words from my work to absorb into their mind. Not only will it impact them from me speaking it, it will also impact them from reading it and seeing it.” The biggest lesson that Jaron wants people to take away from his memoir is growth and self-development when he states, “I want people to take away the advice about growth and self-development. I want people to shift their perspective and keep their attitude align with all they can gain and pursue out of life.” Also, the advice that Jaron would like to give those who are currently struggling with the darkness of depression is, “Don’t hold yourself down so much. When God made you, abundant with value to do whatever you want to do with your life. You were made as a gift to the universe, so find out what you’re good at and you will impress in your life.”

In conclusion, Jaron may have seemed to have the perfect normal life, but underneath the surface, he experienced plenty of internal trauma, which led to depression, which nearly led him to a fatal tragic ending. There are thousands of individuals who are just like Jaron. They wear a look of happiness on their faces, but on the inside there’s sadness and grief. No one wears their depression on a sleeve. No one is going to randomly come out and tell someone that they’re going through depression either or that they’ve been having thoughts of suicide. This has happened with Anthony Bourdain, this has happened with Fashion Designer Kate Spade, it’s even happened to famous Comedian and Actor Robin Williams. This is something we need to take into consideration every day when we interact with people. With that being said, we need to talk to each other more and we need to be more involved in each other’s lives. It’s important to remind one another how valuable they are and how they make such a positive difference in their lives. You’d be surprised to know how life changing it would be for someone to hear someone say, “You matter, and you are important”. So, let Jaron’s story be an inspiration to all that everyone is important and valuable. Everyone has something special to give to this world, and no matter what you give and the quantity of it, people appreciate it in more ways than one. People appreciate you in more ways than one. No matter what anybody tells you, and no matter how many bruises life gives you, always remember that you matter, you are important, and always believe in yourself. As stated by Jaron himself, “…stay on track in your lane no matter what. Doesn’t matter if you tremble, if you fall, or if you get knocked down in your life, you keep going no matter what. Don’t let anything stop you.”