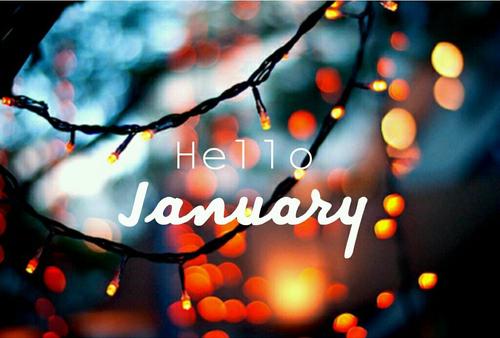 On Thursday evenings I make

my way to Germantown to spend a while talking to a few good friends. We put on headphones, On The Radio by Donna Summer starts to play, and our wonderful, often goofy conversations get broadcast over FM radio. I’ve been lucky enough to become a regular co-host on the live LGBT+ show and podcast Q The Mic on G-Town Radio, a local nonprofit station. Spending time having friendly and insightful conversations between our host Dr. Renee Norris-Jones, fellow co-hosts Fox and Sandy, and our fabulous guests has meant a lot to me.

Dr. Renee Norris-Jones is the rock that the show is built on. Not merely just the host and producer for Q The Mic, she is an incredible person to know. Despite her many jobs—professor, media expert, and manager and advocate for the Women Against Abuse organization, to name a few—she still finds time to make this show a special, safe place for the LGBT+ community. I was able to interview the Doctor (as we sometimes call her) to ask how the show began, what some of the best parts have been, and how she would describe it to someone who hasn’t tuned in before.

How did Q The Mic get started? While talking to the station director at the time, it became clear there was some-thing missing in G-Town Radio.

“We hadn’t had an LGBTQ+ show in probably over a year at that point, so it was birthed out of that,” said Dr. Norris-Jones. “I like to collaborate with folks as much as I can. The thought was, ‘Well, let’s build a boy band, girl band, Spice Girls… things like that, and let’s bring people in-.There’s a core group of folks, like myself, you, and Fox, and rotating folks who come through, like Sandy, who’s been there since the beginning.”

What have been some of your favorite moments on the show? “It has to be the GASQ,” she chuckled. GASQ, or Gay Answers to Straight Questions, is a recurring segment where the group attempts to answer a usually poorly-phrased question to the LGBT+ community.

“It’s something we all have been asked—the most bizarre questions. I can’t wait for us to get another ally on the show, because when you ask these questions and there’s an ally in the room they look at you and go ‘People ask you these questions?!’ It just magnifies how idiotic it is to ask these questions… if I were straight, you wouldn’t ask these. So it’s funny, it’s humor, and it’s really meant to educate.”

Soon after that the show ends with the segment Newsworthy Or Not, where Renee reads headlines from the last week. In theory, we’re supposed to respond with one or two words to show our reaction—“great,” “girl, please,” “eww,” or something along those lines. In practice, the more ridiculous headlines often require a bit more explanation, especially when you’re dealing with ones like “Boston man sues Dyson for $2.3 million after being partially emasculated by vacuum cleaner.”

“Sometimes we cover tough topics, so that last Newsworthy Or Not adds a little bit of lightness, humor,” Dr. Norris-Jones explained. Though the show is full of laughs, it also discusses important subjects to the community. Local and national news can often be difficult to escape, and with so little good new out there we talk it through to try to process it. The program also brings in guests to talk about topics as wide-ranging as local culture, mental health, medical rights for transgender youth and homelessness. There’s also the weekly Why Pronouns Matter segment, where we discuss the importance of language in the LGBT+ community, as well as Political Qs, where Fox brings in a political news story for us to talk about.

“As we talk about things on the show, I’ve heard all of us at some point echo and go ‘Wow, I didn’t know that!’” said Dr. Renee Norris-Jones. “So we’re learning as well, and we’re hopefully sharing that experience with our audience.”

Finally, if you could have anyone on the show, who would it be? “I would have Griffin and Fox an Sandy!” she said, meaning the regular co-hosts. “I’m not starstruck.” However, after a moment of thought she gasped. “Ooh, Big Freedia. I’m a fan. Big Freedia could come sit in the studio and hang out.”

Our conversation was lightly edited for clarity.

If you’d like to tune in to the show, it airs on Thursdays at 7 PM on 92.9 FM, G-Town Radio. You can listen to it live online at gtown-radio.com, or listen to it in podcast form on apps from the app store.