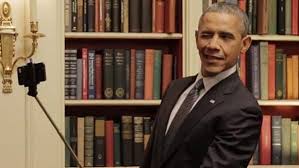 Social Media is all the craze: Facebook, Instagram, Twitter, Periscope, and SnapChat! Never before in the history of the world have there been so many channels to tell the world: “PAY ATTENTION TO ME”!!!

In her book, Glittering Images, Camille Paglia wrote: “Our eyes are flooded by bright pictures and clusters of text flashing at us from every direction. The brain, overstimulated, must rapidly adapt to process this swirling barrage of disconnected data. Culture in the developed world is now largely defined by all-pervasive mass media and slavishly monitored personal electronic devices. The exhilarating expansion of instant global communication has liberated a host of individual voices but paradoxically threatened to overwhelm individuality itself”. Truer words may have never been written.

It is 2015 and the world has evolved into an ever-changing tapestry of documenting even the most miniscule events for the world to see. If in George Orwell’s novel, Nineteen Eighty-Four, Big Brother was watching, today, Big Brother is getting turnt up, partying with you after a hard week of work, dressed to the nines, while making a duckface in a soon to be posted picture.

Not only do we take pictures to document everything, there are also filters to which we can have share joyous and pensive moments in different colors, shades, and contrasts too! It is the most passive aggressive way to let humanity know you are not receiving enough attention from your friends and family.
“People feed off attention” says Tatiana King.

We have all been there and done it. We take the picture of something we think is cool and exciting and rush to post on the social media app du jour. Insecurities be damned! You’re gonna like the way I look I guarantee it (we think to ourselves) and post. We then wait with all the patience and fervor of a million monks – for that first “like” from someone who has seen the picture of our most, least, intimate moment of that day… or hour… or minute.

“Lots of likes gives you a boost” says King “It gives you an adrenaline rush.”

While much joy can inexplicably be had from posting selfies on social media, there can be a not so glamorous side that can develop.
“It gives you a complex” says Tevin Swain. “I used to think I was ugly because of the lack of likes I would get. I would be dressed up, looking good, going for the jugular and wouldn’t get any likes.” And while Swain’s comments were mostly tongue-in-cheek, he does highlight the effect of how social media approval can have on one’s self-esteem. That, in and of itself, can be troubling.

“Instagram has become a sociological study” says Baashiraah Broughton “Face pictures of me smiling leads to a lot of likes. But Instagram is a way to express my heart” she says.

The ‘Selfie’ phenomenon reveals a modest mortal craving—feeling appreciated and acknowledged. Receiving just a few likes from social media friends unearths a facet of human psychology that can assist in areas like the classroom or the workplace—when people are acknowledged and feel appreciated, they replicate the behavior that caused the acknowledgement.

Human psychology or not, this dependence on other’s approval cannot be healthy. Can you imagine George Washington telling his army to wait before crossing the Delaware on Christmas while he took a picture of himself to post? Harriet Tubman asking someone to wait for her on the Underground Railroad because she needed to snap a sexy shot of herself first with the hashtag “the struggle is real”? Or Squanto taking a group selfie with the Pilgrims and waiting to see how many likes were tallied before he decided to assist them? Or Lincoln starting the Gettysburg Address with “Four score and seven iPhones ago”?

In her article, Are Selfies a Sign of Narcissism and Psychopathy? Dr. Gwendolyn Seidman, discussed a study examining the relationship between selfie-posting, photo-editing and personality. Are the avid selfie takers narcissistic, psychopathic, or self-objectifying, or all?
Seidman details, “In this study, the authors examined self-objectification, along with three traits, known as the ‘Dark Triad’: narcissism, psychopathy, and Machiavellianism. They’re called ‘dark’ because they have an almost evil connotation and are associated with a callous and manipulative way of interacting with other people. Narcissism: Extreme self-centeredness and an excessive need to be admired by others and have a sense of entitlement. Psychopathy: Impulsivity and lack of empathy. Machiavellianism: Manipulating without regard for others’ needs and little concern about morals. Self-objectification: Tendency to view your body as an object based on its sexual worth.”

Seidman uses a study by Jesse Fox and Margaret Rooney that used data from a sample of 1,000 men between 18 and 40 years old. In the study, “participants completed personality questionnaires assessing the dark triad and self-objectification. They were asked how many selfies they had taken and posted on social media in the last week, as well as how many other photos they had posted and how much time they spent on social media sites. They were also asked to rate how often they used various methods to make themselves look better in pictures, such as cropping, filtering, and re-touching.”

Seidman revealed that the study “showed that both narcissism and self-objectification were associated with spending more time on social networking sites, and with more photo-editing. Interestingly, psychopathic men posted more selfies, but didn’t tend to edit them more than their less psychopathic counterparts. Posting numerous selfies was related to both higher narcissism and psychopathy, controlling for the overall number of other types of photos posted. Machiavellianism was unrelated to photo behavior when taking these other variables into account.”

Whether they are novice narcissists or just those with low self-esteem, I hope those who aren’t given beauty as the world defines it, nor have the finances to alter their appearance in a world of selfies, do not let other’s approval of their looks dictate their actions in life. Many of the world’s most brilliant minds and great leaders were not overwhelmingly attractive people. They knew their contributions came from something of more substance than just vanity. As Paglia touched on earlier, individuality is what makes up the great things of the world. They knew they had more to give and thankfully they did. If not, one could only imagine the world that would have been the result.

And that is something no one would want a picture of.