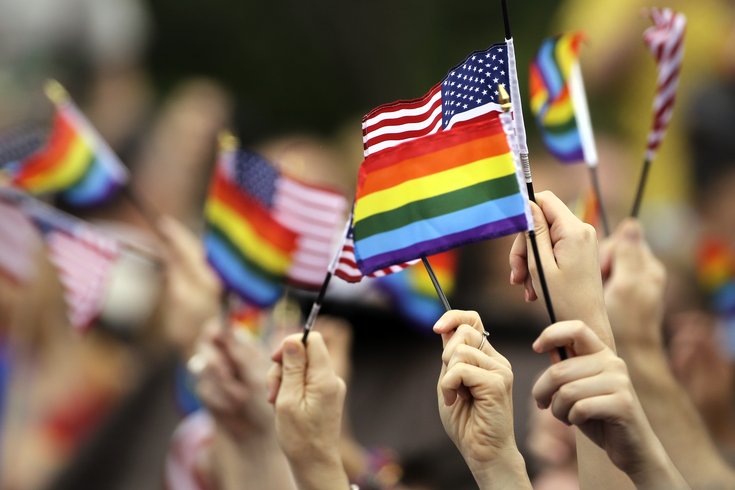 Transition rates are skyrocketing in Philadelphia. The number of transgender people is rising alongside the skyscrapers that crowd our city. Many women and men are coming out comfortably about their sexuality, and gender identiy.

According to local news cite BillyPenn.com, they estimate that there are thousands of transgender people living in Philly. Shayla, who is the president of the TASQ Alliance here at CCP, says Philadelphia has one of the largest LGBTQ communities she has witnessed. The question has even arisen before if Philly is the new transgender capital of the world.

Although things are progressing for the LGBTQ community, challenges such as discrimination and violence are ones that the community is still trying to overcome.

According to PhillyGayLawyer.com, sexual orientation is the third most prevalent hate crime behind race and religion. With the transition in the transgender community, more transpeople are becoming targets of these violent crimes, most of which are transwomen. TheTaskForce.org reports that about 72 percent of hate crimes against the LGBTQ community are against transwomen.

There have been about 23 transwomen killed in 2015 nationwide, according to The Task Force. Some of these, unfortunately, have taken place here in our city. The death of transgender woman Keisha Jenkins, was one of the more recent ones. Her death happened just a few weeks ago. Jenkins was brutally beaten by a gang of men and then shot twice in her back.

In May of this year, London Chanel, another transgender woman, was found stabbed to death in an abandoned building. The deaths of these transwomen spark a lot of concern for the transgender community, but what also raises eyebrows is the fact that a majority of transwomen that are being recklessly murdered and attacked are women of color.

Shayla says, “there isn’t much coverage for black women, whether they are transgender or not, who are murdered.”

Students here at CCP and active members of the BlackLivesMatter movement were some of the many who took part in a protest that occurred on campus October 8, 2015. At that protest, students wrote the names of transwomen who were recently killed on the pavement in chalk, Keisha Jenkins being one of them.

Part of the student organization’s mission is to be the voice for those Black women who are senselessly killed.  Other students were protesting against the police who were on campus that day. Police brutality and profiling are key issues the transgender communities face, as well. That is why many organizations for the LGBTQ community are in partnerships with the BlackLivesMatter movement.

Thetaskforce.org says that 46 percent of transgender people say they are uncomfortable when seeking police assistance and 38 percent of blacks and 23 percent of Latin Americans say they have been harassed by police.

Sandra Bland, who wasn’t a transgender woman but a woman of color, died in police custody after a minor traffic stop in July of this year. Her death led to movements and protests all over the country. Shayla claims that her alliance also experiences discrimination on campus from some of the other clubs here and some of the security guards.

“Despite the discrimination we do experience, [CCP President] Dr. Generals has been very helpful in helping no one feel discriminated against.”    She added to the Vanguard.

In the face of adversity, the LGBTQ community, not only here at CCP but throughout all communities, continues to strive for safety and unity. There are obstacles that the LGBTQ community and specifically the transgender community are faced with, which some have overcome. There are plenty of organizations and resources in the city that serve as a support system for these communities.

Here at CCP, The TASQ Alliance tries to be just that. Shayla says, “their mission is to help students feel welcome and safe.”

Students are welcomed to join through the school’s Org Sync. They can also stop by the office in the Student life Building. They try their best to educate their members on sex and a number of other topics. They also extend a hand with HIV testing through their connection with the Mazzoni Center. They also have scholarships, and build and provide homes for homeless LGBTQ kids.

“I hope we keep standing,” Shayla says. “I hope those of us who can make a difference do, so for those who can’t. I hope students will receive more respect on campus and most importantly, I hope people will educate themselves and others about the LGBTQ community.”