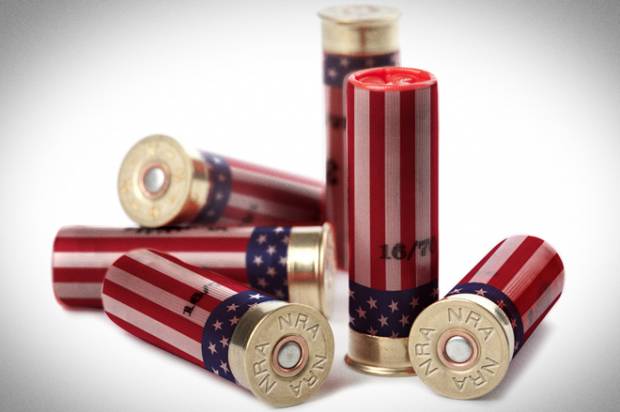 Less than a week after a national tragedy where a gunman opened fire and killed students attending Umpqua Community College in Roseburg, Oregon, there were reports of a gunman at Community College of Philadelphia and our campus was placed under lockdown.

This came one day after the FBI and ATF notified area colleges and universities of Internet forum posts directing threats of violence at an unspecified university near Philadelphia.

“I didn’t believe it,” said first year student Shannon Ryan. “I was so scared.”

Sadly, in a scenario that is becoming all too familiar in our country, that fear is a collective sentiment. More and more often, the heartbreaking story of a gunman killing innocent people in schools dominates the news.

“I pictured in my head someone walking around the halls with a gun and I was hoping he didn’t open fire Virginia Tech-style,” said student Jamila Strickland.

Luckily, no one was injured at CCP. As it turns out, the supposed gunman on our campus may not have had a gun at all. Others, of course, have not been so lucky.

On October 1, a gunman went on the rampage killing ten students — who reportedly identified themselves as Christians to the gunman — at Umpqua Community College in Roseburg, Oregon. He was later shot dead by police. Previously, there were mass shooting incidents at schools like Virginia Tech, University of Alabama and Florida State University, among others. When the security alert hit the thousands of students at our school on October 5th, we all frighteningly wondered, “Were we next?”

The frequency of these types of incidents is disturbing. President Obama weighed in on the Oregon event, and was understandably distraught. “Somehow this has become routine,” Obama said. “The reporting is routine. My response here at this podium ends up being routine, the conversation in the aftermath of it … We have become numb to this.”

Regrettably, the frequencies of these types of tragedies unfortunately do not occur elsewhere in the world as they do in this country. Every time there is a highly publicized shooting, out go the cries for stricter gun control laws.

The President’s comments addressing our country’s latest mass shooting tragedy was more than another impassionate decree of impatience with legislators who have failed to make any alterations, such as enhanced background checks, to gun laws. It was a sense of disappointment at the nation’s failure to overcome petty politics that surround Second Amendment issues.

Is There a Solution?

At the Community College of Philadelphia, students seem to agree that gun laws need to be changed. In a non-scientific poll conducted at our school, a whopping 93 percent feel that the current gun laws are not working and change is needed. The prevailing notion is that the removal of guns will lessen the amount of the tragic mass shootings. “Too many guns are bad!” one student, Ryan, said.

“This is a political choice that we make to allow [mass shootings] to happen every few months in America,” President Obama said in the aforementioned news conference. “We collectively are answerable to those families who lose their loved ones because of our inaction. When Americans are killed in mine disasters, we work to make mines safer. When Americans are killed in floods and hurricanes, we make communities safer. When roads are unsafe, we fix them to reduce auto fatalities. We have seatbelt laws because we know it saves lives. So the notion that gun violence is somehow different, that our freedom and our Constitution prohibits any modest regulation of how we use a deadly weapon … doesn’t make sense.” 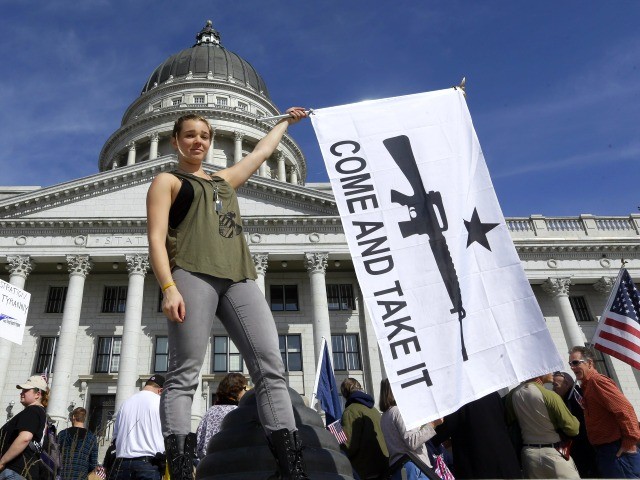 Recently, the FBI published a report that studied shooting incidences between 2000 and 2013 involving an active shooter. Federal agencies have defined the phrase ‘active shooter’ as “an individual actively engaged in killing or attempting to kill people in a confined and populated area.”

This vernacular differs from what are commonly referred to as mass killings in that mass killings are incidents where at least three people are killed regardless of surroundings. The study revealed that active shooting incidents, like the one at the community college in Oregon, are occurring more frequently.

What is the solution to this problem? Gun opponents implore for stronger gun laws while gun proponents say more laws are infringement on individual freedoms. There is also the conundrum of, if all guns are removed, what is the result when, inevitably, a person obtains a gun illegally and wreaks  murderous havoc on innocent people without anyone able to protect due to lack of firearms?

“I don’t agree with gun free zones. If someone comes in with a gun, how can anyone eliminate a threat without any guns?” asks student Taylor Kirk. “You hear about all these crazy gunmen on campuses but they always seek out and attack people they believe to be unarmed. They’re not shooting up places where they’re gonna run into people with guns.” Kirk says.

About a mile east of the Community College of Philadelphia down Spring Garden The Gun Range – Philadelphia’s oldest and latest indoor shooting range — is located. With the numerous college campuses being victims to active shootings, should this be a concern for the inhabitants of the school. Is it a bad thing? Is it a good thing? Is it an irrelevant thing?

“There aren’t any statistics that show having a gun range in an area increases or lowers crime,” says The Gun Range firearms instructor Dave Petnick.

While that may be true and that thought the result of anti-gun propaganda, given all the incidents in the news lately and the targeting of colleges, there is at least some reason for concern, isn’t there?

“Look, in a perfect world, it would be great if no one wanted to do harm. But, that’s just not reality,” continues Petnick. “We need to be raising people more responsibly. People don’t take guns seriously in this country. Safety is key.”

It does seem to be true that guns are not taken seriously in this country. Inexplicably, guns in our culture are viewed very different than in other countries around the world. Guns are perceived by many as a symbol of power, respect, authority, and, in some ways, courage. Guns have a tendency to be glorified in American culture through channels of entertainment like televisions shows and movies.

It is often laughable when the Hollywood movie star comes out denouncing guns and firearms and criticizing the citizens of this country saying things like “there is a gun problem in the U.S.” all the while taking a check of millions to their bank account for a film where firearms are glorified.

After all, Liam Neeson is on record as saying “America has too many **** guns.” But he is on film saying, “I will look for you, I will find you, and I will kill you.”

Unfortunately, statistics relating to criminals in areas of heavy gun ownership are hard to find.

According to noted criminologist Dr. Gary Kleck of Florida State University, annually, nearly 645,000 Americans use guns to prevent assault – although this is suspect. This results to about 12,500 a week. These figures are from a poll by Peter D. Hart Research Associates that surveyed 1,228 people whether in the previous five years any member of their household had “used a handgun, even if it was not fired, for self-protection or for the protection of property.”

Out of those surveyed about 50 people said they had done so. If those percentages are projected onto the number of households covered by the poll, Kleck came up with the estimate that handguns have been used protectively 3,224,880 times, or 645,000 a year.

This topic of guns and gun control is causing great strife in our country. Guns are causing great harm. Whether it is more gun laws to alleviate this problem or more guns, the crux of the discussion remains the same: this must stop. Each side of the gun control spectrum presents compelling arguments. Each side feels their perspective is common sense and the other is political hogwash. Regardless, each side must come together to stop these awful atrocities.