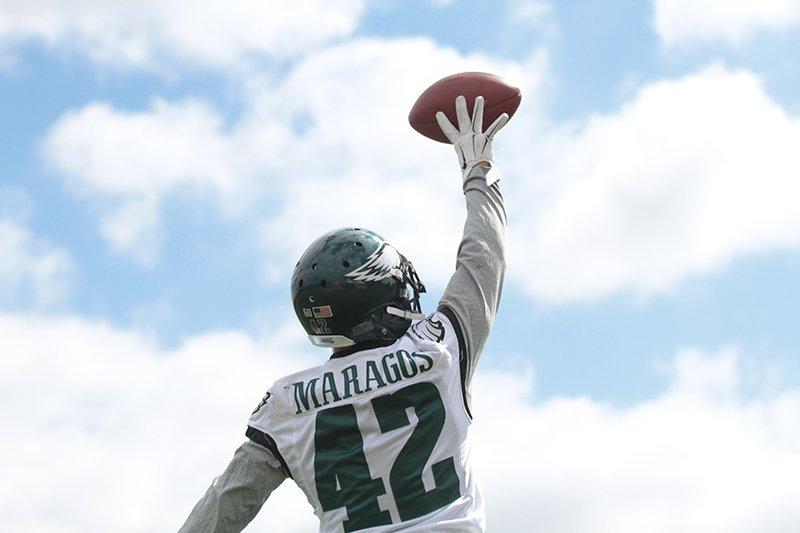 The Pope is coming to Philadelphia, and we have been preparing for his visit for almost a year, now. In preparation for his visit, Philadelphia has basically become “The City of The Pope.” The city has gone the extra mile to protect the Pope and to accommodate his every need. With all the hustle and bustle the city has done trying to

make sure they score a touchdown with the Pope during his visit, it would only be fair for the Pope to try to score one with us. That might possibly be by helping our Philadelphia Eagles score a couple touchdowns that could fly them to the Super Bowl. The Eagles are Philadelphia’s team, and they haven’t necessarily had a “lucky streak” in years! We think it would be quite nice, for them. The Pope to give the Eagles a “special anointing” to help them win the Super Bowl.

Super fans of the Eagles believe so strongly that the Pope will help the team, that they have started a petition for Pope Francis to bless starting quarterback Sam Bradford’s knees. The goal is to have 7,500 signatures before the Papal Visit. The petition can be viewed on Change.org. But will it really work like it did in 1980?

In 1979, Pope John Paul ll came to visit Philadelphia. During the time of his visit, he sent his blessing in the form of two medals to each of the Eagles quarterbacks at the time. Within that time frame of his visit, the Eagles were headed to the first round of the playoffs.  They ultimately went to the Super Bowl which they lost to the Oakland Raiders. Many people believe it was because of the Pope’s blessing that they made it to the Super Bowl and there are still some who believe in the power of the Pope’s blessing. They think if the Eagles made it that far last time because of the Pope, then it may work again, but then again there are some who don’t, so who’s right? Or is it all about the measure of faith? Student Aaron Hill, who is very involved on the Community College of Philadelphia’s (CCP) campus and is also a big Eagles fan, disagrees with the “magic of the Pope” helping the team. Hill says, “Practicing would be better than the Pope’s blessing for Sam Bradford’s knees because it may produce a different result from 1980. He should go to therapy instead of worrying about a blessing from the Pope.” Those are some harsh words from Hill, but is he right? Hill continues to say, “In 2004 they worked their way into the Super Bowl and almost won without the Pope’s blessing, so the Pope doesn’t matter.” Hill may not be alone on his stance but Sam Bradford himself loves the idea of a blessing. In an interview with ESPN Bradford says, “If he (the Pope) wanted to bless my knees, I’d be all for it.”

In reality could this all just be desperation from Eagles fans; after years of “almost” making it and heartbreaks, fans just might be willing to try anything to help the Eagles get a Super Bowl ring. When asked if the Pope could have an effect on the Eagles Season, Kevin Covington who is one of the mentors of the fantastic origination known as the Center of Male Engagement states “I don’t know until January. Who knows? You wouldn’t want a repeat because they (the Eagles) lost the last time.” When asked if the Pope could help Covington responded, “The Pope represents hope.” So is it just hope instead of desperation? Hope that with this very talented roster and the blessing of Pope Francis this season maybe the season that the Eagles win the big one. Will they be able to flap their wings to a ring?